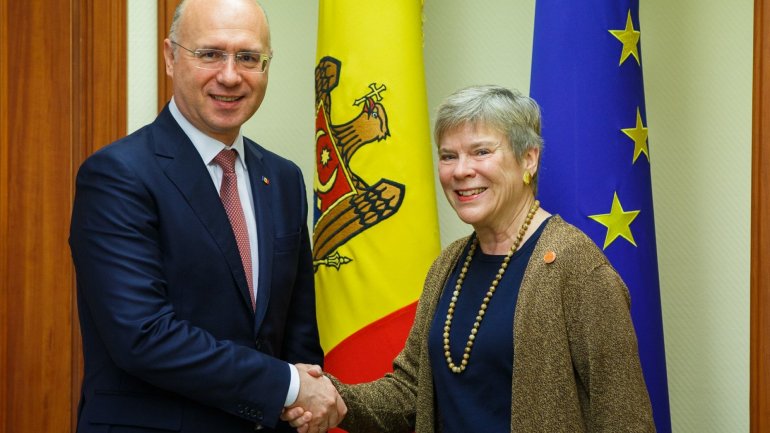 "This office will have civil employees and will offer support for a better collaboration between NATO and Republic of Moldova. We will have employed soldiers but, as you can see, it is not a military base. The office will offer transparency regarding what NATO is and it's aims in Moldova" Rose Gottemoeller declared.

"Republic of Moldova wishes to be closer to NATO, to the standards of our allies, but without constitutional changes regarding our neutrality. We live in an area where we are constantly in threatened. Many of those threats are asymmetric and have the potential to destabilize our country", Pavel Filip mentioned.

The information office will facilitate Moldova's participation in all NATO cooperation activities and will contribute to the realization of important projects in our country. The agreement to open an information office of NATO at Chisinau was signed in Brussels, by Prime Minister Pavel Filip and Secretary General of NATO, Jens Stoltenberg. Moldova collaborates with the international organization since 1991, when Moldova became member of the Euro-Atlantic Partnership Council.