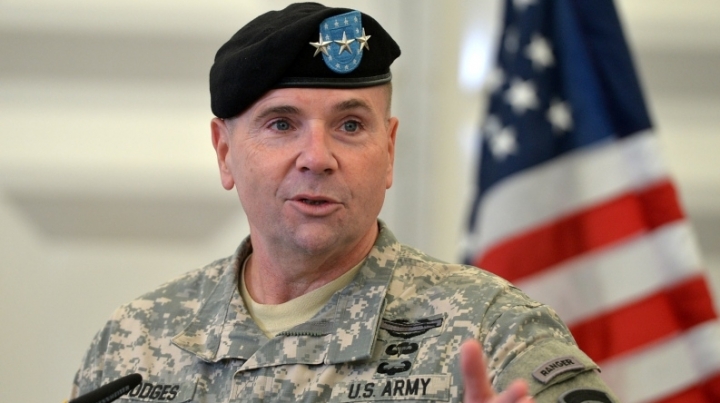 The commander of US troops in Europe says Nato cannot rapidly deploy large forces to Eastern Europe in the way that Russia can.

"The Russians are able to move huge formations and lots of equipment a long distance very fast," he said.
Nato needs to have that speed too, he said. "Three days' notification, we ought to be able to do that," he said.

The day after they ended, German Foreign Minister Frank-Walter Steinmeier warned Nato against "sabre-rattling and warmongering", calling for exercises to be replaced with more dialogue and co-operation with Russia.