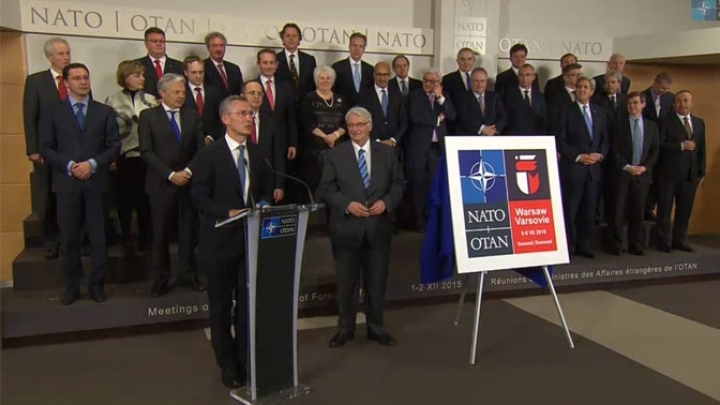 On the opening day of the summit - the largest in NATO history - the military alliance announced a landmark decision to deploy four multinational battalions to Poland and three Baltic countries, which fear potential Russian aggression following Moscow's annexation of Crimea in 2014.

On the second day of their gathering in Warsaw, NATO country leaders declared the alliance would extend its Resolute Support mission in Afghanistan beyond 2016, the alliance’s Secretary General Jens Stoltenberg said, quoted by TheNews.pl.

NATO leaders also agreed to provide financial support for the armed forces and police in Afghanistan until 2020, but expect the country to implement reforms, Stoltenberg added.
Stoltenberg said the military alliance will help its partners fight against the so-called Islamic State, provide AWACS surveillance aircraft to help tackle terrorism, and would launch Operation Sea Guardian in the Mediterranean Sea to combat people smuggling.
Meanwhile, NATO foreign ministers in Warsaw expressed support for Georgia's hopes of joining the alliance.

Montenegro, which has observer status at the summit, will join NATO as its 29th member within a few months.

On the sidelines of the summit, Polish Defence Minister Antoni Macierewicz and his Turkish counterpart, Fikri Isik, on Saturday signed a letter of intent on expanding electronic warfare capabilities.

Macierewicz also said he was certain "that Brexit will not have a negative impact on Britain's level of engagement in NATO."

The Warsaw summit is also expected to produce a decision by the 28 NATO country leaders on a support package for Ukraine.

The summit has brought 18 presidents including Barack Obama and 21 prime ministers to Warsaw.

Stoltenberg announced on the first day of the summit that from next year the United States will lead a rotating battalion in Poland, Germany will head a battalion in Lithuania, Canada in Latvia and the United Kingdom in Estonia.