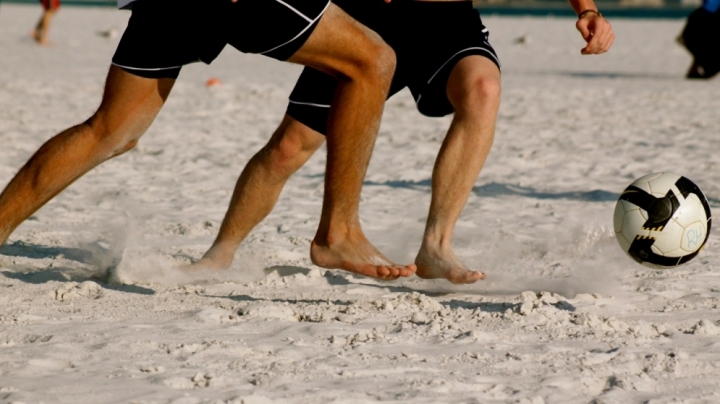 The Moldovan national team of beach football surprise us. It won its second consecutive game in the first preliminary tour of B Division of the European Championship. In the game in Moscow, the Moldovan team won against Serbia with 6-5.

During the game, the Moldovan team was leaded by the Serbian players, the score being 2- in favor of Serbia, but they got their game back and won the match.

From the Moldovan team, players who scored are Podlesnov, Laşcu, Cojocari and Negară scores three goals.

In the other match, Estonia has won against Kazakhstan with 7-2.

After the first two stages, Moldova and Estonia have accumulated 6 points each. The two teams will play against each other on Sunday, in order to establish the winner of the group, and the team who enters the next round.