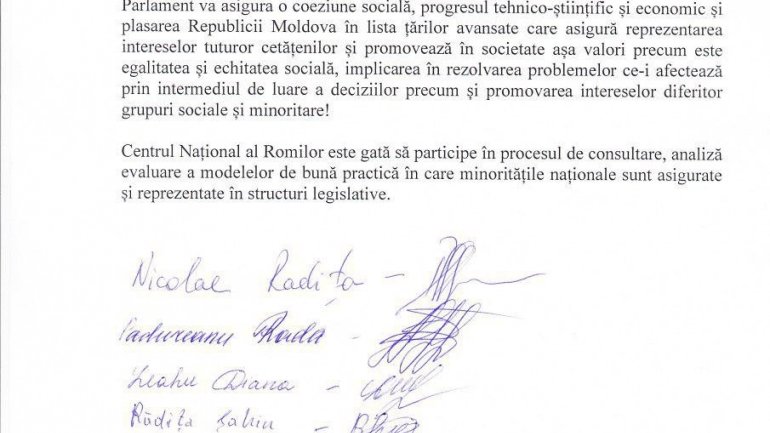 The National Romani Center supports the need to reform the current electoral system.

According to a statement issued by representatives of the organization, the uninominal voting system will allow the "participation in legislative decision-making process, ensuring the direct involvement of national minorities in the development of democratic institutions, good governance and a society based on the rule of law".

"National Romani Center is ready to participate in the process of analysis and evaluation of good practice in which national minorities are represented in legislative structures" , reads the statement issued by the organization.

PUBLIKA.MD notes that the collection of signatures in support of the initiative to introduce the uninominal voting system began in early March,2017. Until a week ago, they were collected over 530,000 signatures from citizens supporting the uninominal vote. Those who signed hope that the Parliament will be committed to voters, and not political parties.