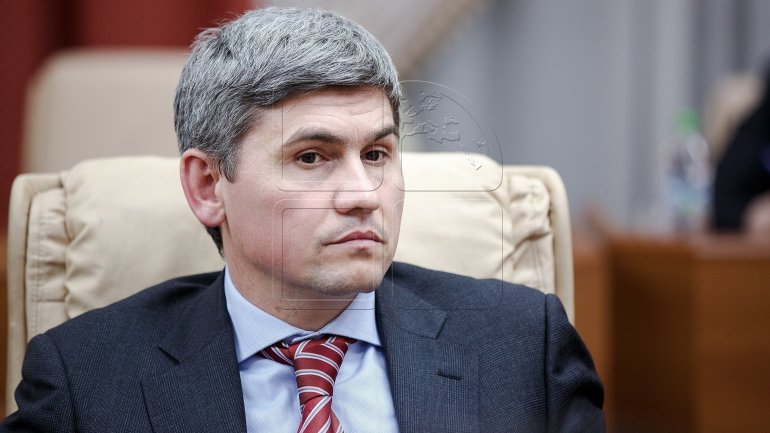 "18 December- While for some it is a simple day of the month, for other it is a historical day marked in the middle of December. For me, for over 20 years now, 18 December is the day which describes me, the day of the profession I chose to pursuit.

On this day, veteran officers are looking nostalgically in the mirrors, while the young ones are admiring those who were among the first to wear a uniform, are looking through the beautiful moments, while others are ready to fight whenever the cause arises and make a name for themselves. Officers are taking out their dress uniforms from the closet, while their wives, children, mothers, fathers and all those dear to them are standing proud, knowing what it means to be a defender of this country. Today, near Christmas eve, National Police are putting on their dress uniforms and for the 27th time get in line to proudly say: "I serve Republic of Moldova".

Starting 1990, the Police has been though multiple challenges, though success and failure, but it was never brought to its knees, or should I say that this institutions, those people, know what it means to sacrifice, what time means and what its worth, when you give it for people.

When we speak of Police, we do not mean an HQ, or of cars, or of masked men with firearms. When we say Police, we think of people who put other's security first, of those who proudly wear a uniform, despite if they do not often hear a hello or thank you, people who are always ready to interfere when needed, regardless of time or weather.

I thank you for your dedication, for the resistance against the stressful and hard environment, for the beautiful results you have shown by each passing day. 27 years is barely enough to do much, it is not enough to set you in history, but it is more than enough to create a base, which will be fortified in time and built on. The Police is still young, only 27 years old, but it has aims - this is how I see today the National Police.

I hope you will always have people waiting for you at home, to smile and hear gratitude every day. May you stay healthy and have a long career, with luck and under God's protection.

For the National Police Day, at the headquarters of the Ministry of Internal Affairs will be laid flowers at the commemorative plaques and the police monument for all those who gave their life for this cause and will continue at the Eternitate Memorial Complex.

At the same time, the National Police Day will be marked by an event hosted by the General Police Inspectorate in the reception hall of an hotel.

The ceremony will be attended by Prime Minister Pavel Filip, Minister of Internal Affairs, Alexandru Jizdan, chief of General Police Inspectorate, Alexandru Pînzari, Secretary-General of Interpol, Jurgen Stock, representatives from diplomatic missions to Chisinau, partners, employees of the Ministry and other guests.