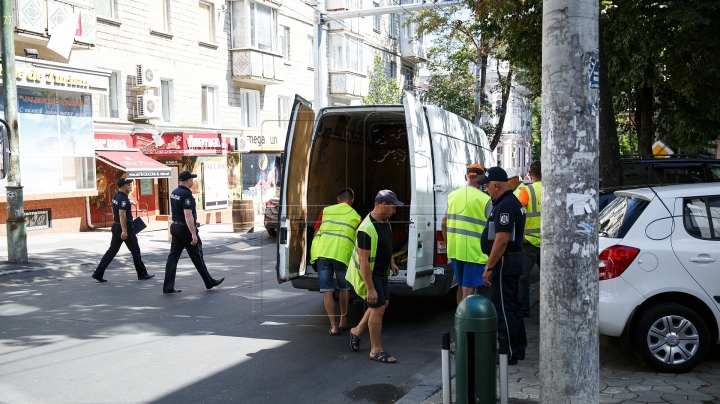 Chisinau is being cleaned of illegal parkings, road indicators which do not correspond to standards, individually manufactured plaques, and anti-parking systems set up illegally by some economic agents.

Thus, police have dismantled the devices installed illegally on Mihail Kogalniceanu, Sciusev and Columna streets (near Central Market) in Chisinau, through which the right of other people to park or stop on Chisinau streets was defied.

The National Patrolling Inspectorate mentions that since the beginning of July 2016, all economic agents were called by the competent bodies to comply with the legal requests and to take out all drawbacks in this regard.

Those who did not comply with these requests were sanctioned with fines of 10 conventional units, and the plaques and anti-parking systems were dismantled by the employees of State Enterprise "Exdrupo".

There were seized 37 unauthorized road indicators and 24 anti-parking appliances and devices illegally mounted.