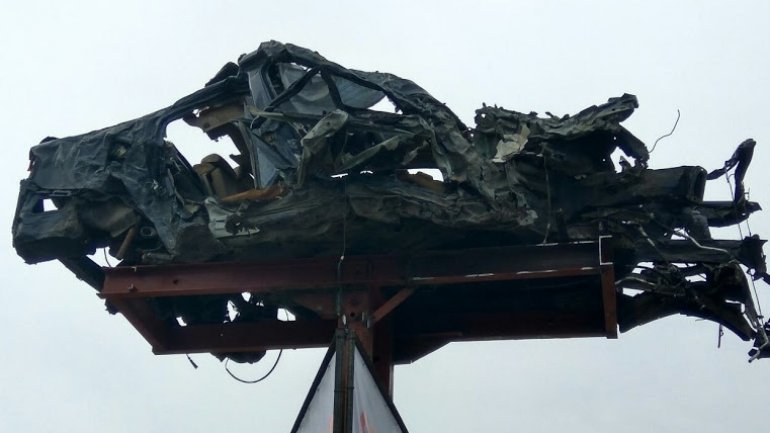 For the first time in Moldova, the National Inspectorate Patrol has conducted today, December 9th, a pilot project for preventing road accidents and awareness of all road users.

Thus on the Chisinau-Soroca, a damaged car, previously involved in a road accident, accompanied by a billboard with the message: "Stop accidents! Your lie is a priority!" has been sent up on the pole.

The purpose  of this was to remind how dangerous is the driving speed, and the consequences of alcohol consumption.

Inspectors say this has an experimental character. If it is found that the number of accidents on this route will be reduced, then the signs will also appear on other roads in the country.

Participants of the event and a group of students have came with several slogans essential for drivers: "It's within your power to prevent accidents in traffic" "It's your responsibility to save lives" and "We don't want to become victims of road accidents. "

Such actions by employees of the National Inspectorate Patrol are disciplining drivers and prevent and reduce road accidents.

According to statistics, since the beginning of this year, throughout the country there were 2,248 accidents in which 276 people died and 2678 others have suffered various injuries.
AFLĂ imediat Știrile Publika.MD. Intră pe Telegram