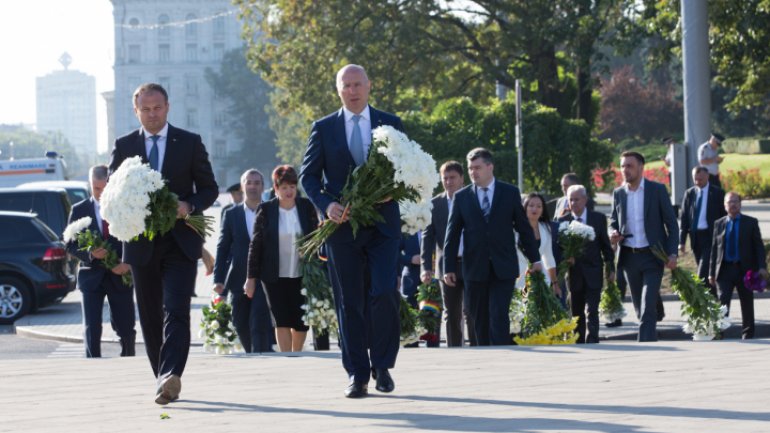 The holiday ‘Romanian Language’ (Limbii Române) is to be celebrated today throughout Moldova. The event starts with flower deposition at monument Ştefan cel Mare şi Sfânt and the busts of the writers on the Classical Alley.

Andrian Candu with his family, cited the poem Our Language (Limba Noastra) on this occasion.

And President Igor Dodon congratulated Moldovans on a social network, but not on the occasion of the Romanian language. He wrote that he celebrated the Moldovan language as written in the Constitution.

The head of state continues not to recognize the decision of the Constitutional Court in 2013.

The High Court established that the Declaration of Independence was stronger than the Constitution in the matter of the state language.

Likewise, Democratic Party Leader congratulates on this occasion with message: August 31st annually reminds us that Moldovan history was written in the same language, the Romanian language. We have the duty to celebrate the treasure of our culture and to pass on this legacy.