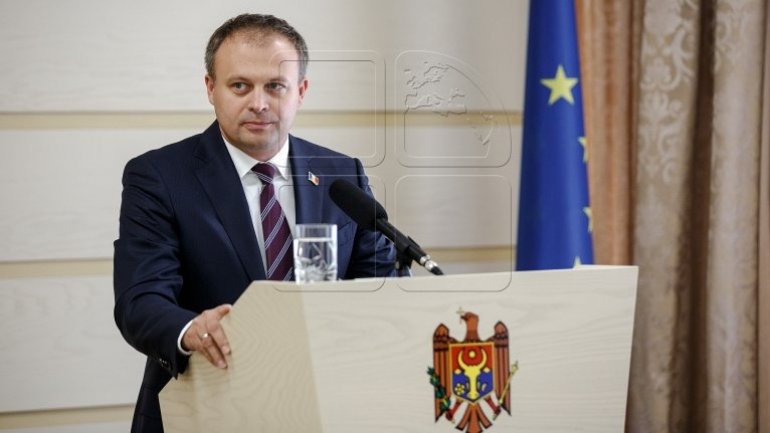 The Draft National Strategy for integrity and corruption for the years 2017 - 2020 underwent public hearings to the President of Parliament. The discussion was attended by representatives of authorities and development partners, civil society members and experts.

"The document should not be unilateral and isolated to the actions taken, but must be addressed in all of its complexity. The strategy doesn't involve the passage of new laws, but monitoring the implementation of adopted laws and parliamentary committees have already begun hearings on different topics" , said Candu.

Several members have opted for re-inclusion of the eighth pillar into the national integrity and anticorruption strategy, which refers to the situation of the press and NGOs. Previously, this pillar was excluded by the National Anticorruption Centre (CAN). The initiative was discussed at a public debate organized by the Parliament today, the parliament's communication and public relations department has reported.

"There will be no intervention, although I have not been convinced by civil society, we will not include this pillar, leaving NGOs to organize themselves," said Andrian Candu.

The draft of the National Strategy of integrity and anticorruption for 2017-2020 followed public hearings at the proposal of Speaker Andrian Candu. The discussion was attended by representatives of authorities, development partners, civil society members and experts.

"The document should not be viewed unilaterally and isolated to the actions taken or which are underway, but must be addressed in all its complexity. The strategy does not require voting of new laws, but monitoring the implementation of adopted laws and parliamentary committees began hearings on different topics," said Speaker Andrian Candu.

The most important policy documents in preventing and combating corruption, National Anti-Corruption Strategy (NAS) for 2017-2020, comes to reduce the shortcomings of effective implementation of legal and institutional framework in the field.

In developing anticorruption strategy experts participated representatives of NGOs in the field, so the document already contains the vision of civil society. The NAS project was developed with the support of UNDP, through the project "Capacity building to prevent corruption and analysis of CNA" implemented with the financial support of the Government of Norway.

The strategy contains 130 actions aimed at deterring corruption. For Parliament, there are set out 15 actions in the strategy, for increasing legislative transparency and integrity of MPs.

The draft strategy was included on the Parliament agenda of the current plenary week.