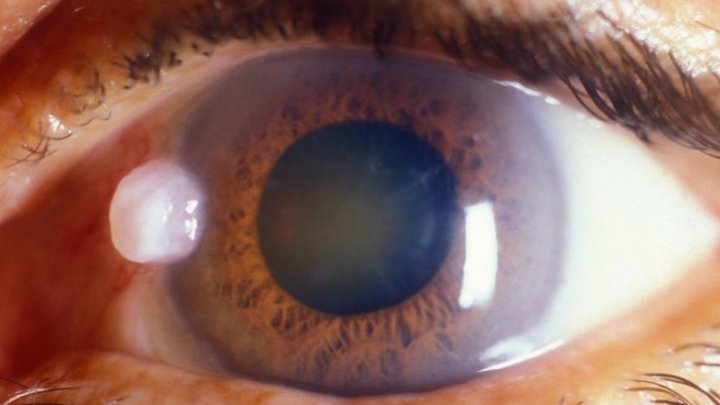 National Health Insurance Company (CNAM) will fund over 5,500 cataract operations this year, costing more than 55 mln lei. The operation will benefit the insured person on the waiting list.

Most of the applicants are old people.

"The increase in operations is possible due to year-on-year raise of income of the mandatory health insurance funds. The cost of a cataract surgery is about 10,000 lei including consumables", said Silvia Munteanu, press officer of CNAM.

Since 2018, number of healthcare facilities where operations can be performed has tripled. Republican Hospital Timofei Moşneaga is one of the 14 institutions that prove such service.

Around 2000 cataract operations are performed annually at this institution.

"Patients older than 40 years old are the most seen. More women undergo cataract operations in Republic of Moldova," said Vera Lupaşco, head of the Ophthalmology department of the Republican Clinical Hospital.

Eugen Popuşoi has been driving difficultly due to his affected vision. He's been waiting for a year to undergo the operation.

"Everything will be fine. My vision will be improved and I can see my grandchildren better", said Eugen Popuşoi.

Vasile Harghel also benefit from the intervention. He had an operation with one eye five years ago and now he will treat his second one.

"I need to see clearly as to drive the car. I don't have problem in reading, seeing."

In 2018, over 4000 Moldovans operated cataract, 300 persons more than previous year. People with eye diseases can also consult physicians in the campaign A Doctor for You, launched at the initiative of Prime Minister Pavel Filip.