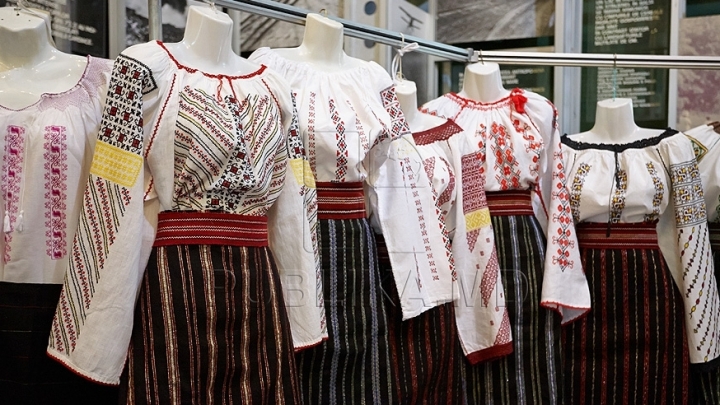 This year Moldova will celebrate the National Day of the Folk Costume for the first time.

With this occasion, the Ministry of Culture is organizing on Sunday, 26 June 2016, the first edition of the Day of Folk Costume. The event will take place at the Republican Palace, starting with 10:00, having a free pass.

The objective of the festivity is the valorization of the folk authentic costume and of the cohabitant ethnic groups, the knowledge of the component parts of the costume and of its symbols, and the promotion of costume manufacturing techniques on national and international level.

In the framework of the event will be exposed national shirts and traditional costumes from Moldova and Romania, true values of the museum patrimony and of private collections. Collectors will tell the history of costumes and will decipher the signification of the sewn symbols. The traditional costume will be presented from many aspects, that will enhance the particularities and the beauty of our folk costumes, thus will be divided in compartments:

“TREASURY costume”, where will be presented costumes from the collection of the National Museum of Ethnography and Natural History of Moldova, and from other museums in Moldova.

“GUEST costume”, where the visitors can see the private collections, that have Romanian costumes from 18-19 century, of Sebastian Paic and Gabriel Boriceanu from Romania.

“MODERNITY costume”, that will show an exposition and defile of collections created by local designers in ethno folk style.

“THE CHEST OF THE ANCESTRY”, where clothes from chests of known personalities will be commented by owners.

“ambassador costume”, where the ambassadors and ambassadors’ wives accredited in Moldova, and other public persons will wear embroidered shirts and costumes recently created, presenting the traditional costume as a true ambassador of Moldova in the world.

During the whole event will perform professional artists, folk collectives, the guests having the possibility to participate in various creation workshops, to visit a handicraft market, and to taste the diversity of the traditional food.

The national day of the national costume is a part of the National Programme of the events dedicated to 25 years of independence of Moldova.

PUBLIKA.MD reminds that the last Sunday of June is declared “The Day of the Folk Costume”