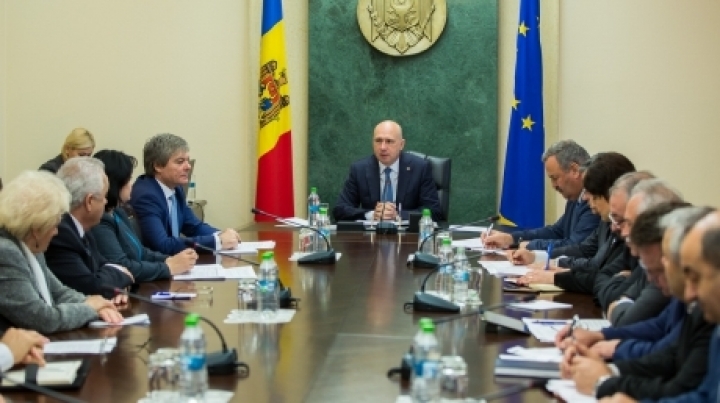 The prime minister stressed that the dialogue with the social partners had been and was very important for the government.

Pavel Filip informed representatives of trade unions about the reforms carried out by the cabinet, the government taking responsibility for seven laws of foremost importance, evolution of the relations with the foreign partners and the actions undertaken by the cabinet to create an attractive business environment and woo foreign investments.

“The basic objective of the present government is to improve the residents’ well-being. To achieve this goal, we need investments in the economy, new jobs, which would generate taxes to the budget,” Pavel Filip said. The PM referred also to the actions taken by the government to ensure the best conditions for developing the economy, among which: control system’s reform, cutting the number of permissive acts and salary reports, cancellation of customs orders.

“We want to settle the problems not sporadically, but to have a complex approach of their settlement,” the prime minister noted.

For their part, the representatives of the Trade Unions Confederation welcomed the actions undertaken by the government to improve the business environment. They stressed that they understood the need and importance of the government taking responsibility for the seven laws - vitally necessary for signing a memorandum with IMF and resumption of the foreign financing on behalf of the European Union and World Bank.

At the same time, the trade union’s representatives showed interest in the march of reform of the pensions system and tackled aspects on enhancing the resident’s social protection, increasing the minimum salary on the economy and child birth allowance.

The sides agreed on discussing these problems within the national tripartite commission Government- Trade Unions- Employers, so that the optimum solutions to settle them could be found at the table of discussions.

In the end, the prime minister voiced confidence that the problems can be settled only within the dialogue, when there is openness and constructive approach.