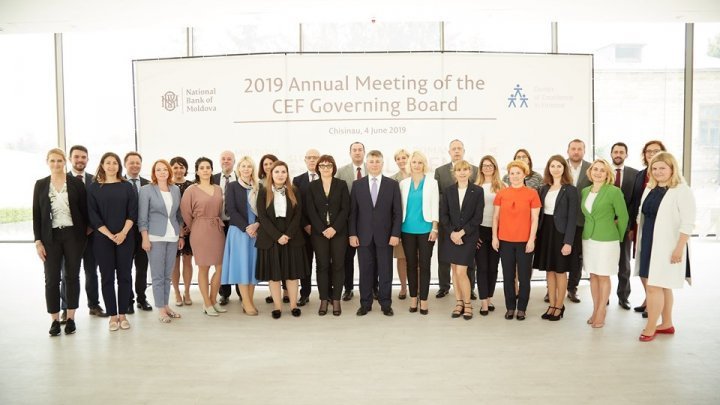 Moldovan National Bank (NBM) hosted an annual meeting of Center of Excellence in Finance (CEF) in Ljubljana (Slovenia), recognized in the world through the support it offers to implement reforms in public finance and banking-finance in South-Eastern Europe.

The event was participated by high-level officials of central banks and Finance Ministers from country members: Albania, Bulgaria, North Macedonia, Moldova, Montenegro, Romania and Slovenia, according to a Banca de Economii press release.

The meeting was organized on the occasion of the Republic of Moldova's transfer of the chair of the CEF to another member of this international organization - Montenegro after one year of exercising the respective powers.

The event was chaired by the first deputy governor of the NBM, Vladimir Munteanu, who served as chairman of the CEF Board of Directors during Moldovan mandate.

The officials at the event also held a round table discussion, which was an important platform for exchanging ideas, but also for setting up partnerships at both national and regional level.

According to Octavian Armasu, NBM Governor, the bank greatly appreciate the expertise and the opening of the CEF for co-operation and mutual sharing of knowledge for central banks.

"This cooperation is a resultant one and can only be successful", said Octavian Armasu.

In turn, CEF Director Jana Repanšek confirmed the continual cooperation in the field of public finance and central bank management.

"Our study program enjoys a high reputation among the participants in South East Europe and elsewhere. Together with the partner institutions, we will continue to provide high-level expertise in the field of public finance and central bank management", added CEF Director.

On the CEF Governing Board, the Republic of Moldova is represented by the National Bank and the Ministry of Finance, both institutions having one vote in this decision-making body.