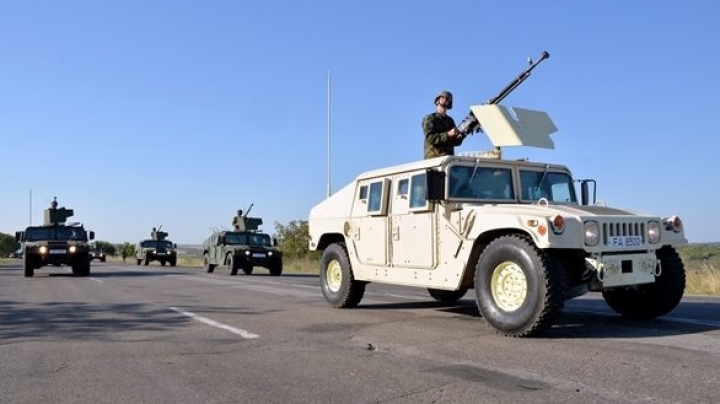 Over 30 units of military equipment and weapon systems could be seen today on the Chisinau – Ialoveni route.

National Army attended the first rehearsal for the parade, which will take place in downtown, on 27th August, Independence Day.

Machine guns, mortars and antiaircraft guns were used at rehearsals.

Rehearsals for the military parade will be held every Wednesday and Friday until August 19.

A special intervention team will provide the total number of people.