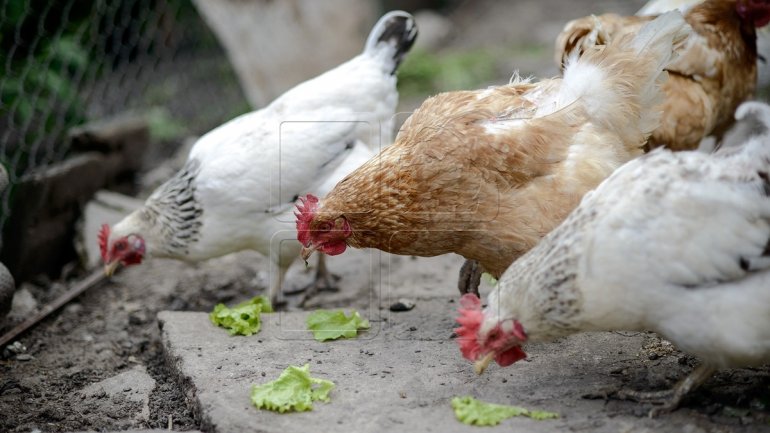 Moldova has banned the importation of poultry and meat from several regions of 13 European countries, because of bird flu. The decision was taken by the National Agency for Food Safety, after the virus was detected targeted areas. Ukraine and Romania were also in the list of countries.

The Deputy Director General of ANSA, Vsevolod Stamati, said he tested all the birds found dead in the country and those suspected of being infected with avian influenza.

While Deputy Director General of ANSA claims that the institution is alert and monitoring the situation in Europe, experts say that the territory had not been informed about this prohibition.

"At the moment restrictions on poultry meat and bovine meat there is not restrictions. The only restriction is for pork in connection with swine fever" ,  said the specialist Valeriu Postolachi.

Vsevolod Stamati has been asked why the ANSA specialists in the territory do not know about that importation of meat and poultry in the affected regions was banned.

"We can not provide information for each and every citizen" ,  said Deputy Director General of ANSA, Vsevolod Stamati.

Poultry meat imported from Ukraine costs about 35 lei per kilogram and is nearly 20-per-cent cheaper than the domestic one. Traders say they will have less revenue after the introduction of restrictions.

The virus can be transmitted to humans. But for now, no such cases were registered.
AFLĂ imediat Știrile Publika.MD. Intră pe Telegram