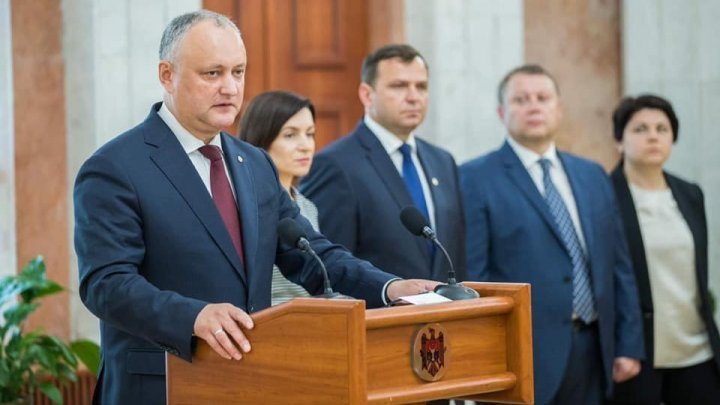 Relations of parties in PSRM-ACUM alliance become more and more tense. Informal Chief of Socialist Igor Dodon is unsatisfied with activities of some Ministers in Government led by PM Sandu. The declarations were made within a TV show.

"Everything can go forward only when we are together. I have lots of questions for many ministers", said Dodon.

He also claimed that many of the appointed lack experience.

"I understand that they are new people. We're trying to help them. We ordered advisers and asked deputies to be indulgent in this stage because there are many problems", added Dodon.

PM Sandu has not commented on these declarations. Representative of press service of Government demanded an official request to offer response.

In an interview, Dodon said that there would be a discussion in Moscow with Russian Deputy PM Dmitri Kozak and Gazprom representative regarding new gas contract.