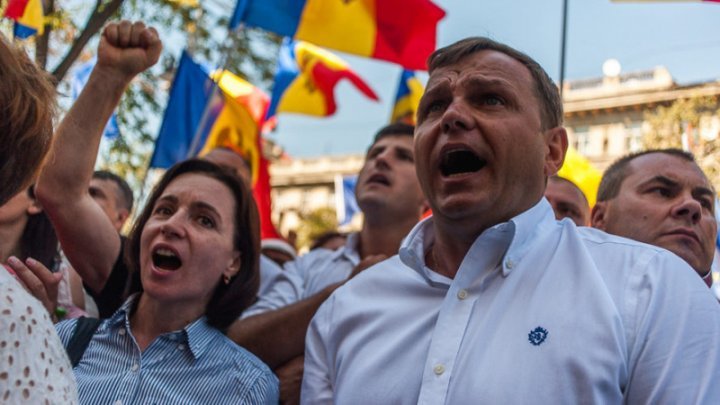 For Maia Sandu is is clear who will be ACUM Block's candidate for the local elections from the Capital. She declared within a private TV show that Andrei Nastase will run for the Chisinau's leadership. The PAS leader mentioned that the decision was taken long time ago. Seems that only Andrei Nastase is pretending to be in the dark and doesn't give a clear answer when asked.

'- What candidate has ACUM for the City Hall?

- It is clear, Mr. Andrei Nastase is the ACUM candidate. The decision was taken long time ago, we are waiting to start the campaign.

An hour earlier, Andrei Nastase was given the same question at a private TV channel. The PPDA leader avoided answering the question. He mentioned that such information cannot be presented during a TV show.

'- Who is the ACUM Block candidate for the City Hall?

- I think that you insist too much on names, persons. The things are more than clear'.

Also the PAS MP Mihai Popsoi declared at the Radio Sputnik at the end of August that PAS and PPDA came to a common sense about the City Hall candidate at the local elections. That being Andrei Nastase. On the other side, Andrei Nastase didn't like that the announcement was made without any official decision.
AFLĂ imediat Știrile Publika.MD. Intră pe Telegram