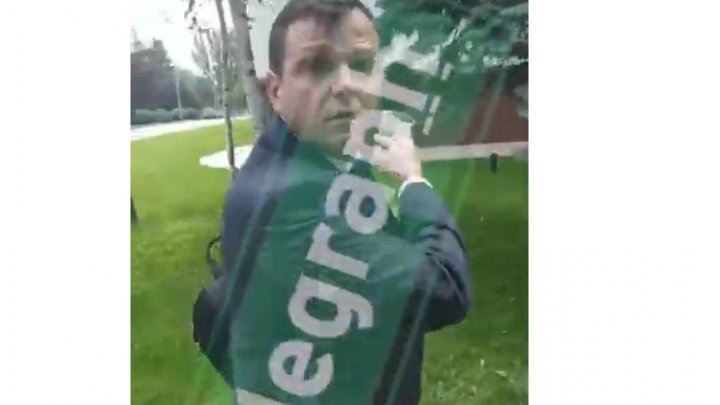 A young man asked Andrei Nastase why did he sign his godfather in the chief of IGP function, but Nastase decided to enter the car, saying that he is offended by this question and closed the car's door, avoiding any kind of discussions.

The young man that went to ask Nastase, reminded about Maia Sandu's referral to the General Prosecution regarding Igor Dodon's Homeland Betrayal. But Nastase didn't came with a concrete answer, saying that he didn't know about the foreign financing of PSRM.

According to Telegraph, the person that filmed the record wanted to find out why Nastase allegedly betrayed his own promises and principles to ally with PSRM, who's formal leader recognized his Moscow financing.

At the moment when Andrei Nastase was asked about his will to federalize Moldova, he said that he doesn't want this to happen, even though he made an alliance with PSRM.
AFLĂ imediat Știrile Publika.MD. Intră pe Telegram