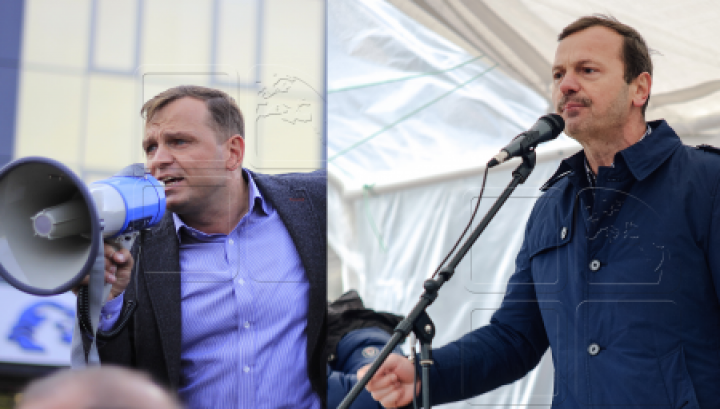 Representatives of the DA party, backed by the fugitive convicts Victor and Viorel Ţopa, again aggressed a filming crew.

And that happened as the journalist tried to learn whether DA leader Andrei Năstase had paid the taxes from the millions transferred to his mother’s and mother’s-in-laws bank accounts.

Meanwhile, the police inspectorate from the town of Cimişlia investigates the aggression of Today.md reporter Vadim Ungureanu by the Năstase brothers on Sunday in Cimişlia.

"This has shocked me. I know that any journalist has access into any institution. It’s clear there are violations. One notices offences done by the gentlemen, who were the organizers of the meeting. There are video images, which will be considered and we’ll interpret them in accordance with the law,” said Dan Pârlici the head of the Cimislia police.

On June 12, at a meeting with the locals from Cimişlia, in the Culture House, two leaders of the DA party, Andrei and Vasile Năstase, selectively allowed the media into the room, despite the institution being public. And Today.md’s was not allowed to the event and was again bullied.

The journalist Vadim Ungureanu was also aggressed by another DA leader, Vasile Năstase.

Media NGOs have expressed concern as to the repeated aggression of journalists and has asked the Ministry of Interior to intervene. The police has started several investigations into the aggression om journalists.