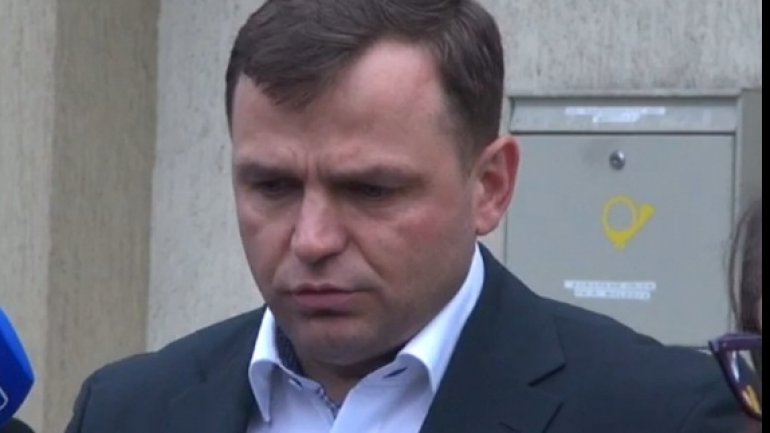 The congress Of "Dignity and Truth" party, behind which sit mobsters Victor and Viorel Topa was held today, February 5th, away from the press.

Although the party leader Andrei Nastase announced early during the week journalists about this event, today he has not allowed any media representatives during the congress.

As usual, Andrei Nastase was not too happy while talking to journalists.

Nastase: You can coma at 3 p.m. and we will make our statements.

Reporter: The meeting will take place at this time.
Nastase: Yes, it's the Congress of the Party and it is in accordance with the party statute.
Reporter: You will not receive us..
Nastase: I have answered the question.

The party vice-president, Alexandru Slusari has also kept away the press.

Reporter: Why you don't give us the permission to film?
Slusari: Shoot right here.
Reporter: The event doesn't take place here.
Slusari: The event is inside. What's the problem?

Several delegates who attended the congress rushed so much that they parked their cars illegally.

Publika.MD recalls that lately "Dignity and Truth" Party leader, Andrei Nastase doesn't find common ground with allies. Recently he accused combatants who lived in the tents of the Grand National Assembly of thefts.

In response party members have accused Nastase of the lack of coherence and forced collection of money for party financing.