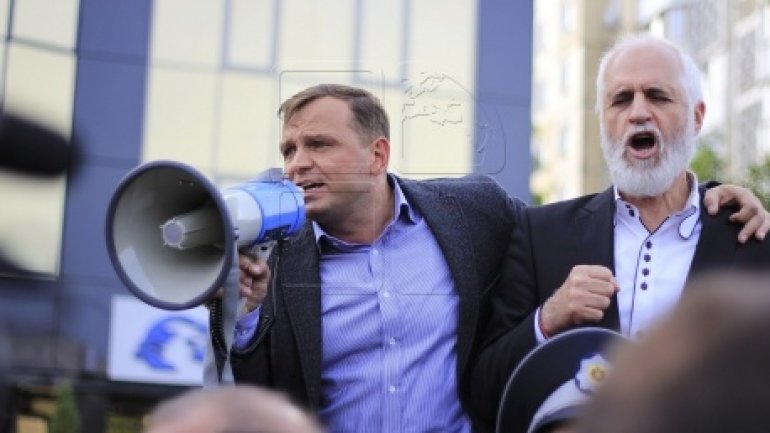 A recording of the telephone conversation between the "Dignity and Truth" party leader, Andrei Nastase and vice-chairman of the party Alexandru Slusari was published in the media. They are unhappy about Americans supporting Maia Sandu, saying she is the "Plahotniuc's candidate". The authenticity of the discussion has been confirmed by Alexander Slusari for deschide.md. and Andrei Nastase, through a post on a social network.

"Once again I convince myself that my phone is being recorded. It was a complicated negotiation process with Maia Sandu. We do not have never concealed this. This conversation took place a month before announcing the unique candidate, apparently it was in September. Negotiations with Maia were complicated. We felt that our candidate is better than Maia Sandu.

I can confirm that I do not want to participate in geopolitical games. We played in 2014 and never got anything good out of it. At the moment, one of our conditions is to be change the message. Our message is directed towards reforms, not geopolitics. It is my position, we should focus on fighting the reforms, modernization of the country according to European standards.

Speaking of what I said about Maia Sandu and Plahotniuc, I was nervous. There were emotional discussions during negotiations. I will say more, there were several discussions, several proposals. In the Council, when the talks barely started (the single candidate) 2/3 of the members did not want to give in. It was a very complicated decision for a party that is adversary directed towards Plahotniuc. The recording is the sharpest part of the talks. I do not see anything special here. It is important that we overcome these problems and moved on" , said Alexandru Slusari for deschide.md news portal.