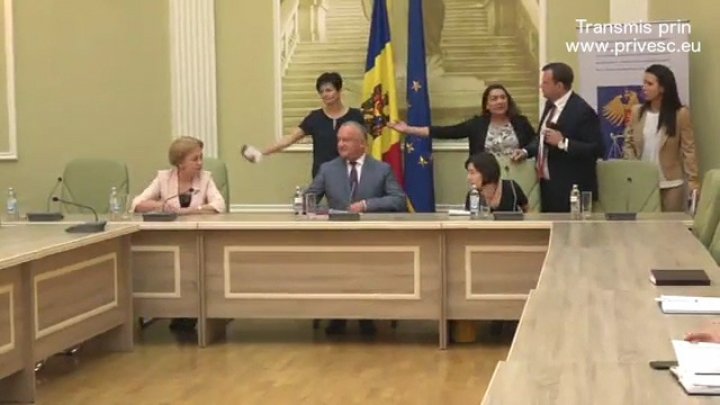 President Igor Dodon and Parliament Speaker Zinaida Greceanii attended a press conference in Justice Ministry along with Minister Olesea Stamate and PM Maia Sandu. Internal Minister Andrei Nastase also came to the event although his name was not included in the press invitation.

Andrei Nastase was invited to sit at a corner of the table, and from the video it can be seen that he was dissatisfied.

After speaking, Nastase congratulated Moldovans on eligious holiday, after which he spoke about several promises he made during the election campaign.