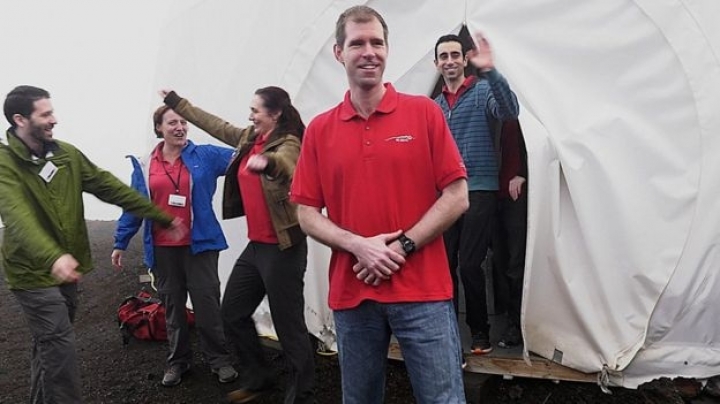 A team of six people have completed a Mars simulation in Hawaii, where they lived in near isolation for a year, BBC informs.

Since 29 August 2015, the group lived in close quarters in a dome, without fresh air, fresh food or privacy.

Experts estimate that a human mission to the Red Planet could take between one and three years.

The Nasa-funded study run by the University of Hawaii is the longest of its kind since a Russian mission that lasted 520 days.
Having survived their year in isolation, the crew members said they were confident a mission to Mars could succeed.
"I can give you my personal impression which is that a mission to Mars in the close future is realistic," Cyprien Verseux, a crew member from France, told journalists. "I think the technological and psychological obstacles can be overcome."

But mission commander Carmel Johnston said the lack of privacy over the past year had been difficult.

The team consisted of a French astro-biologist, a German physicist and four Americans - a pilot, an architect, a journalist and a soil scientist.

The experiment dealt with the human element of exploration.

Whilst conducting research, the six had to live with limited resources, wear a space-suit when outside the dome, and work to avoid personal conflicts.