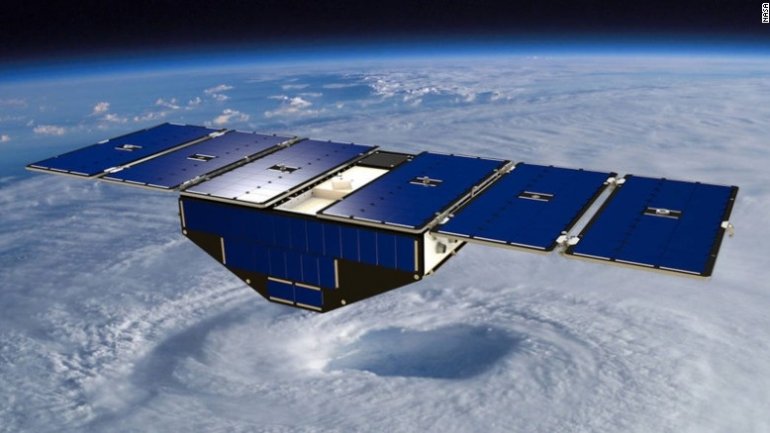 It sounds like something from a sci-fi movie -- a plane carries a rocket high in the sky, releases it, and the rocket fires into space, later deploying mini satellites that will eventually help improve hurricane forecasts, CNN reports.

The scenario will take place in real life Wednesday at 8:20 a.m, when an aircraft similar to a commercial airliner carries a Pegasus rocket to about 40,000 feet and releases it. Boosters will propel the rocket into space, where it will deploy eight small satellites into orbit to provide better hurricane predictions back here on Earth.

The first-its-kind mission will deploy the satellites, which will work in tandem to measure near-surface ocean winds in hurricanes, typhoons and other tropical cyclones around the globe.

The goal of the Cyclone Global Navigation Satellite System, or CYGNSS, is to improve hurricane intensity forecasts -- a task that is more difficult and less accurate than forecasting the path a storm will take.

The difficulty comes from the lack of wind observations in the ocean. Meteorologists know where the storms are because they are constantly being monitored by satellites that can see the location of the clouds and rain from the storms, but until now, they couldn't see the winds underneath the storm's clouds.