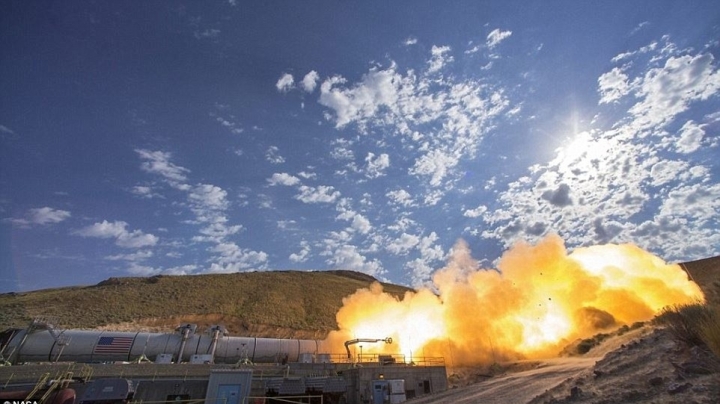 In June, Nasa conducted a crucial test of a booster for its Space Launch System - the rocket it hopes will someday take humans to Mars.

The camera was monitored from a safe distance, set up on an automatic timer to start recording as soon as the booster ignited.

However, the automatic timer failed to go off, and the team had to use a manual override, missing the initial ignition.
Another problem was the power source, which was unexpectedly disconnected as the sheer power of the booster shook the ground, cutting off footage.

Mr Conyers added: ‘Failure during testing of the camera is the opportunity to get smarter.

‘Without failure, technology and innovation is not possible.’