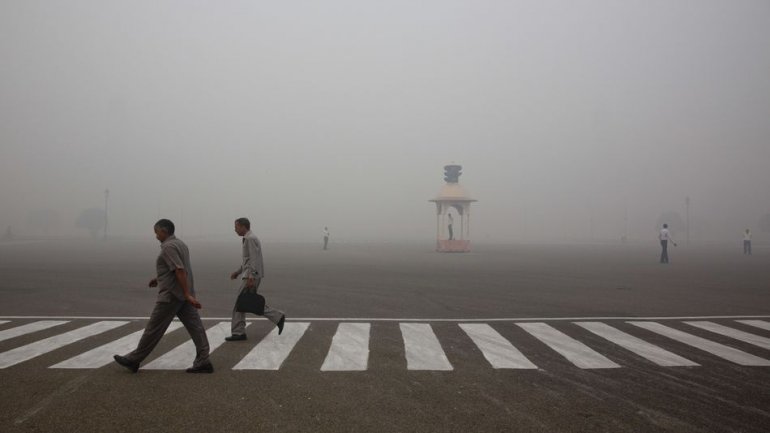 The festival Diwali may have contributed to severe air pollution in India’s capital New Delhi, but a far more worrisome practice in the country could be its major cause, according to Mashable.

Four days after Diwali, Delhiites continue to grapple with a heavy smog blanket with poor visibility and the air quality index reaching alarming levels across the city.

Until now, many were pointing to bursting of crackers (a norm during Diwali) as the main cause of the severe air pollution, but images published by NASA suggest that burning of crops in the neighboring states of Punjab and Haryana could be the biggest reason why the air quality in the world’s most polluted city refuses to clear.

A forecast by NASA points to high levels of "fires and thermal anomalies" in areas such as Punjab and some portion of Pakistan. A staggering amount — 32 million tons of leftover straw — are being burned by farmers, according to the NYT.

This is an age old practice, and though the government has suggested alternative methods and support (such as using seeders that don’t required crop burning and subsidizing half of the cost of these equipment), farmers still find them unfeasible.

At the time of writing, the air quality in the capital city read 943 AQI PM2.5, more than 15 times the healthy limit set by the Indian government. PM2.5 describes tiny particles suspended in the air with diameter of 2.5 micrometers or less. These particles can lodge into the lungs and cause respiratory diseases.

Amid all of this, the day to day life of people in the national capital is severely impacted by the air quality, with an increasing number of people visiting hospitals for breathing issues. Thousands of people in Delhi are signing petitions to urge the government to take immediate steps to curb the air pollution.

The state government has announced it will be vacuum cleaning and sprinkling water on arterial roads. It said a team will be formed to work on decreasing the dust from construction sites. The government will also install smoke-tappers to control emission at 75 cremation grounds.