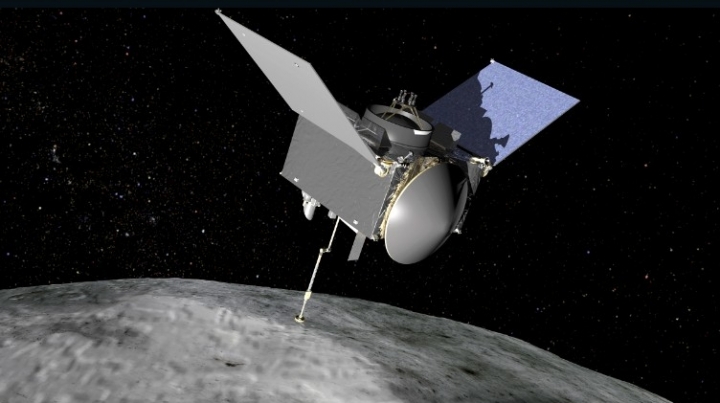 NASA is launching a space probe called OSIRIS-REx on Thursday to chase down a dark, potentially dangerous asteroid called Bennu. The probe will take a sample of the asteroid and - in a US space first - bring the sample back to Earth, reports CNN.

OSIRIS-REx will study and sample Bennu, a big, roundish space rock that has made it onto NASA's list of Potentially Hazardous Asteroids. That means Bennu is one of the most dangerous space rocks we know of because it could one day collide with Earth.

Thursday's launch is scheduled for 7:05 p.m. ET, with backup launch windows for an additional 33 days. OSIRIS-REx will lift off from Cape Canaveral on top of a United Launch Alliance Atlas V rocket. The spacecraft rolled out to the launch pad Wednesday.

The probe is scheduled to arrive at Bennu in August 2018. For months it will hang out - take pictures, make scans of the asteroid's surface and create a map.

Then, in July 2020, OSIRIS-REx will unfurl its 3.35-meter robot arm called TAGSAM and make contact with Bennu's surface for about five seconds. During those few seconds, the arm will use a blast of nitrogen gas to kick up rocks and dust and then try to snag a sample of the dust and store it.

NASA hopes to get at least 60 grams and maybe as much as 2 kilograms of asteroid dust and small rocks.

OSIRIS-REx heads home in March 2021 and arrives back at Earth on September 24, 2023, but it won't land. In a bit of Hollywood-style drama, it will fly over Utah and drop off the capsule holding the asteroid sample. A parachute will guide the capsule to the ground at the Utah Test and Training Range in Tooele County.

Bennu has a diameter of 492 meters. It makes its next approach to Earth in 2135 when it will pass just inside the moon's orbit.

This close approach will change Bennu's orbit, and scientists say that could cause it to impact Earth sometime between 2175 and 2199. The odds are small - about 1 in 2,500. But NASA wants to get as much warning as possible for anything that threatens Earth.

It's worth pointing out that while Bennu is a known threat, NASA said only about 51% of the near-Earth asteroids of Bennu's size have been found. Meaning there could be lots of unknown threats out there.