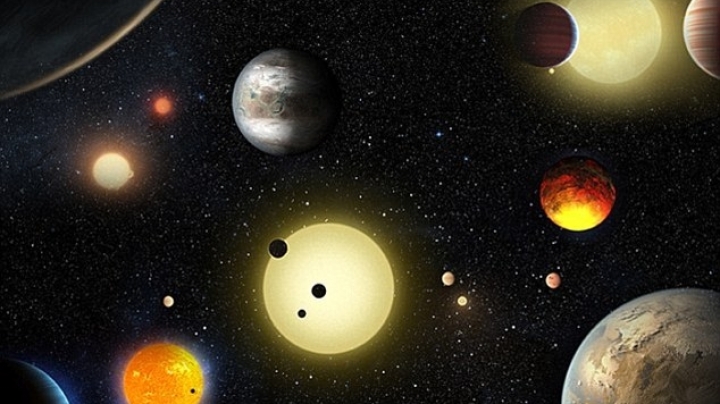 Nasa's Kepler telescope has been busy in the hunt for alien life, finding over 4,000 new planets outside our solar system over the past three years, reports Daily Mail.

Now a team of astronomers has narrowed down this list to those with the most potential to have liquid water, or even life.

They pinpointed 20 out of the 4,000 that are most likely to be like our own, and are starting to look more closely at these candidates.

A group led by San Francisco State University physicists searched through the list Kepler had returned to find those most likely to support life like our own.

They found 216 Kepler planets are located within the 'habitable zone' - an area around a star in which an orbiting planet's surface could hold liquid water.

'This is the complete catalogue of all of the Kepler discoveries that are in the habitable zone of their host stars,' said Professor Stephen Kane, lead author of the study.

This means the universe is teeming with planets and moons where life could potentially exist.