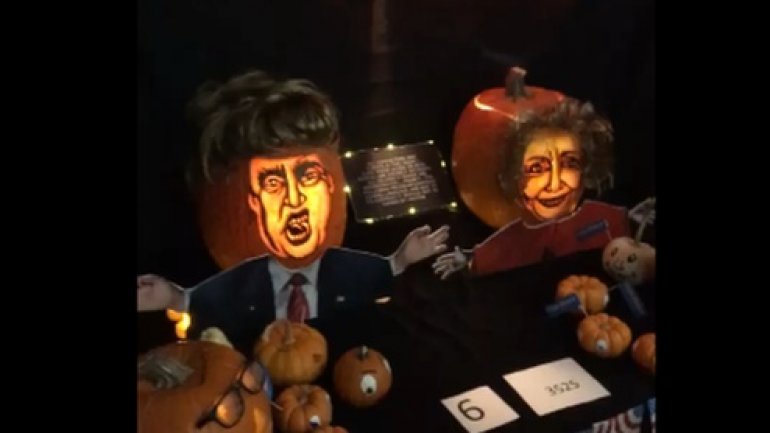 Carving pumpkins may not be rocket science - but that hasn't stopped Nasa engineers, BBC reports.

Scientists at the space agency's Jet Propulsion Lab held their annual contest to create the best pumpkin this week.

Entries included a gourd inspired by Star Wars villain Darth Vader, and two pumpkins dressed as Donald Trump and Hillary Clinton being hit by a meteor.

Nasa JPL mechanical engineer Aaron Yazzie posted some of the hi-tech entries on Twitter, complete with commentary. The result resembles a joyful science fair for the world's biggest space geeks.

Another turned the hollowed-out vegetable into a barbecue full of coals, and topped it with a grill.

Mr Yazzie was least impressed by an entry featuring flashing lights and a robotic arm that slinks out of the pumpkin, branding it "most useless".