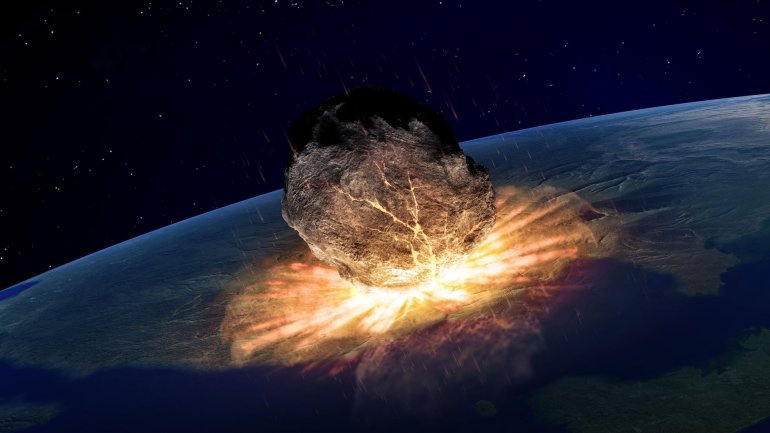 Humans are woefully unprepared for a surprise asteroid or comet, a NASA scientist warned on Monday, at a presentation with nuclear scientists into how humans might deflect cosmic dangers hurtling toward Earth, informs The Guardian.

“The biggest problem, basically, is there’s not a hell of a lot we can do about it at the moment,” said Dr Joseph Nuth, a researcher with NASA’s Goddard Space Flight Center.

Speaking at the annual meeting of American Geophysical Union, Nuth noted that large and potentially dangerous asteroids and comets are extremely rare, compared to the small objects that occasionally explode in Earth’s sky or strike its surface.

Comets follow distant paths from Earth but sometimes get knocked into the neighborhood. Nuth said that the Earth had “a close encounter” in 1996, when an aberrant comet flew into Jupiter, and then again in 2014, when a comet passed “within cosmic spitting distance of Mars”. That second comet was only discovered 22 months before its brush with a planet: not nearly enough time to launch a deflection mission, had it been on a course for Earth.

NASA recently established a planetary defense office, and Nuth has recommended that the agency build an interceptor rocket to keep in storage, with periodic testing, alongside an observer spacecraft. Nuth said that NASA could cut that five-year schedule in half, but that even reducing that schedule by a quarter would be “basically a hail-mary pass”.

A rocket in storage and ready to launch within a year, however, “could mitigate the possibility of a sneaky asteroid coming in from a place that’s hard to observe, like from the sun”, he said.

Nuth stressed that he and his co-authors do not speak for NASA administrators, and that the mission would require a request to Congress and their approval.