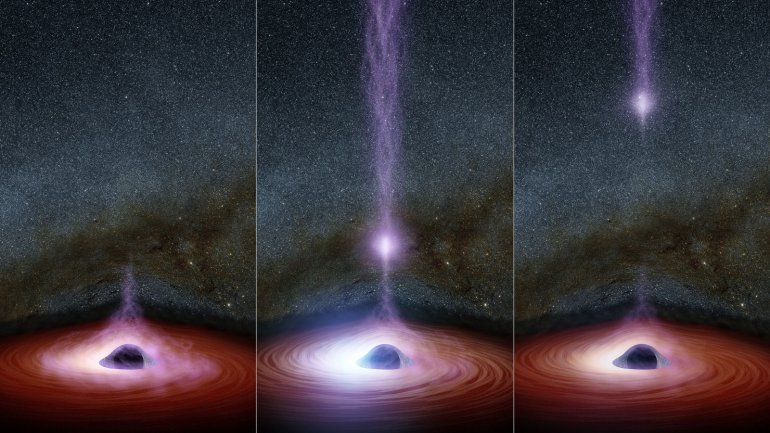 Earlier in the week, NASA announced its Chandra X-ray Observatory had found thousands of black holes, and released an image of the highest concentration of supermassive black holes ever seen. At the just-concluded 229th meeting of the American Astronomical Society (AAS), the gigantic objects were in focus again Saturday when researchers announced the discovery of two supermassive black holes relatively close to our own galaxy.

Using NASA’s Nuclear Spectroscopic Telescope Array (NuSTAR), two research teams focused on two different galaxies: IC 3639, which is 170 million light-years away, and NGC 1448, which is only 38 million light-years from Earth. These are much closer than the supermassive black holes seen in the Chandra image, many of which date back to soon after the Big Bang.

“These black holes are relatively close to the Milky Way, but they have remained hidden from us until now. They’re like monsters hiding under your bed,” Ady Annuar, a graduate student at Durham University in the United Kingdom, who presented the results at the AAS meeting in Grapevine, Texas, said in a statement.

The two supermassive black holes discovered are at the center of, and power, extremely bright objects — in the same class as quasars and blazars — called active galactic nuclei. These objects are so bright due to the radiation across the full electromagnetic spectrum emitted by particles that become really hot in the regions near the black hole. But they are believed to be surrounded by a doughnut-shaped concentration of thick gas and dust which makes them invisible from certain angles.