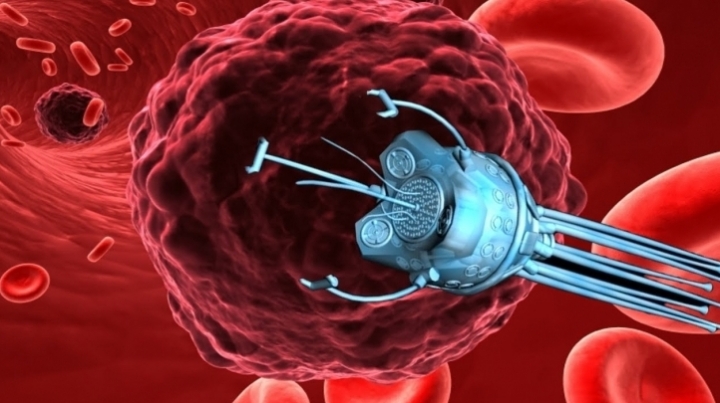 Researchers around the world have long been working on miniature robots or microbots for various purposes, including better treatment of various diseases. A team of researchers led by EPFL’s Selman Sakar joined forces with Hen-Wei Huang and Bradley Nelson at ETHZ to create such bio-inspired robots and adding them with advanced features.

The team has also developed a platform for testing a number of robot designs and studying various possible modes of locomotion. Their study appeared recently in Nature Communications.

Building a micro-robot for medical purposes involves many steps, starting with placing the nanoparticles inside layers of a biocompatible hydrogel. Then they apply an electromagnetic field to orientate the nanoparticles. It is followed by a polymerization step that solidifies the hydrogel.

Then, the robot is put in water where it folds in a specific way depending on nanoparticles’ orientation inside the gel to crate the final overall 3D architecture of the miniature robot.

The so-called microbots will be used to enter the human body and fight back potentially deadly viral and other disease from inside. Doctors will be able to deliver medicines to specific locations inside the body and perform precise operations, such as clearing clogged-up arteries. The miniature robots will replace invasive as well as complicated surgeries that now take weeks and even months to heal.