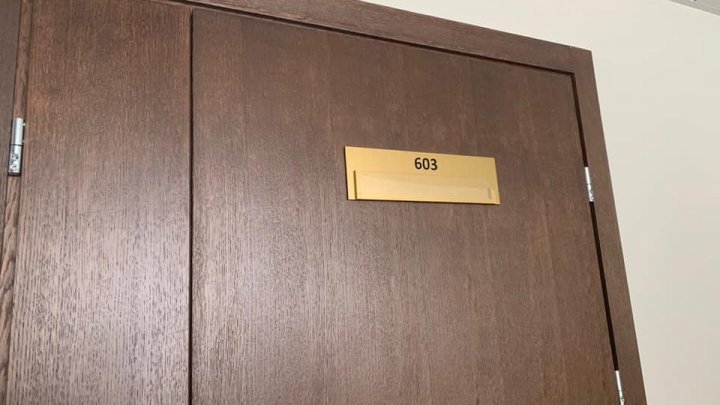 Names of two MPs Marina Tauber and Reghina Apostolova have been removed on the door of their offices in Parliament. The two were detained Monday.

"At the order of Parliament President, the names of Sor MPs were removed. Apparently the authority are frightened by the names of honest women who speak the truth at the Parliament meeting and protest the people", quoted the message of Şor party.

Publika recalls that Sor MP Reghina Apostolova was hospitalized under the CNA officers' supervision. According to her lawyer, she felt bad during the hearing and an ambulance was called at the headquarter of Anti-corruption Center. While her colleague Marina Tauber spent the night at CNA isolator.

The two deputies of Sor are investigated for being involved in the banking fraud. 56 MPs voted in favor of this cancellation, at the request of Interim General Prosecutor Dumitru Robu.