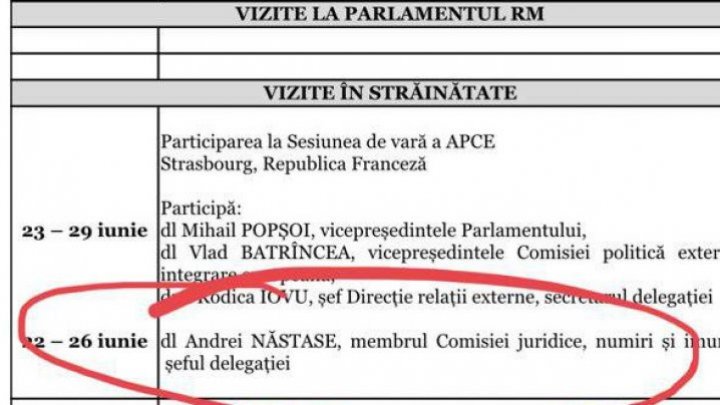 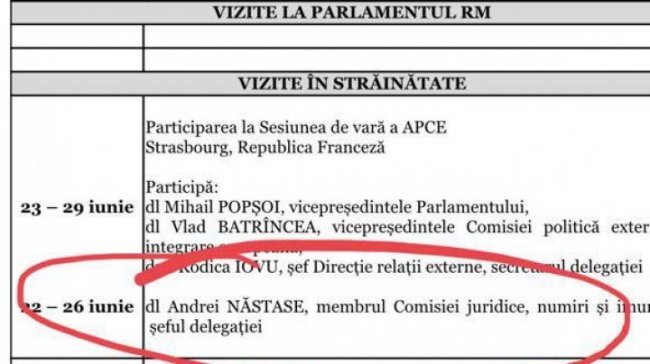 Andrei Nastase is relapsing. After being harshly criticized by the press because of naming his relative Head of IGP, the MP Andrei Nastase went to visit his familiy in Frankfurt, on public money.

According to a document which was sent to our newsroom, Andrei Nastase went to APCE Parliamentary Gathering in Strasbourg. In the document is mentioned that the departure was provided for June 22-26.

APCE reunited for a session only on Monday, June 24. Also, from a Facebook post of Nastase, we can find out that the PPDA MP on June 23 was already in Frankfurt, along with his family.

Is to mention that for a departure day, the MPs are receiving form state 80 Euros, the equivalent to 1 600 MDL.
AFLĂ imediat Știrile Publika.MD. Intră pe Telegram