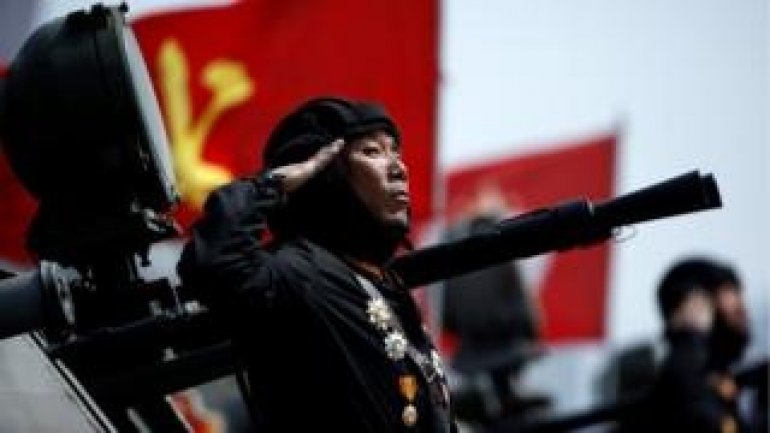 A North Korean missile has detonated soon after launch, South Korean and US military officials have said, a day after Pyongyang warned the US amid rising tension in the region, according to BBC.

The US said a ballistic missile exploded within seconds of launch.

It has already conducted five nuclear tests and a series of missile launches in contravention of UN resolutions.

The latest development came as US Vice-President Mike Pence arrived in the South Korean capital, Seoul, where he was expected to discuss the best way to deal with North Korea's missile and nuclear programmes.

"North Korea attempted to test an unidentified type of missile from [its eastern port of] Sinpo," the South Korean defence ministry said, adding that the launch on Sunday had "failed".

The US Pacific Command later confirmed the failed test, adding that it had detected and tracked what it believed to be a North Korean ballistic missile.