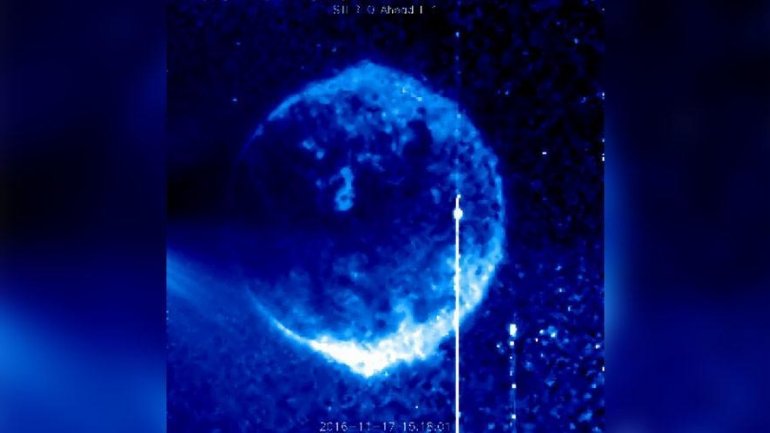 A picture is being circulated of a “huge sphere” passing in front of the sun that some claim shows a UFO. It almost certainly doesn’t, Independent reports.

But in fact the blue sphere appears just to be the consequence of a strange effect in the camera that took it. The images taken from Nasa’s SECCHI spacecraft – which spends its time watching the surface of the sun and sending the images from the Earth – are just an accident caused by the way the camera works.

Nasa has clarified that sometimes the sensor that processes those images before they are sent back to us can get overloaded, corrupting the images and making things appear that weren’t really there. As such, the blue sphere that UFO watchers are getting excited about is not simply less exciting than it seems – actually it never existed at all.

“On rare occasions, the SECCHI image processor onboard STEREO becomes overloaded, and produces corrupted images,” Nasa writes on the website devoted to the pictures. “Generally, these take the form of images from one telescope processed as if they were from another telescope.