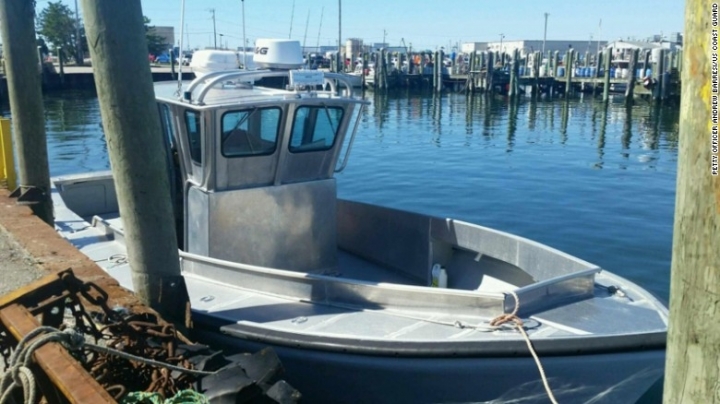 He was rescued alone in a life raft off the New England coast, a week after heading out on a fishing trip with his mother. She remains missing, and the resulting investigation is dredging up questions about an old family mystery involving them both, CNN reports.

Linda Carman, 54, and her son Nathan, 22, were reported missing September 18, a police affidavit shows, a day after embarking on their usual weekend fishing trip. Mother and son left the port of Ram Point Marina, Rhode Island, at approximately 11 p.m. on September 17.

On September 25, Nathan Carman was found adrift in the life raft by a Chinese freighter about 100 nautical miles south of Martha's Vineyard, Massachusetts. Carman contacted the US Coast Guard from the freighter.

"There was a funny noise in the engine compartment. I looked and saw a lot of water," Carman told a Coast Guard Search and Rescue Controller, according to a Coast Guard recording. "I was bringing one of the safety bags forward, the boat dropped out from under my feet. When I saw the life raft I did not see my mom. Have you found her?"
The Coast Guard has since stopped the search.

Nathan Carman was brought to Boston and, following a police debrief, was released and reunited with his family. Detective Gary Marquis of South Kingstown Police told CNN that Carman is not a suspect "yet" in the disappearance of his mother, and police are interviewing friends and family, "making sure all the stories are consistent.

CNN made repeated calls to Carman's attorney, Hubert Santos, but has not heard back.