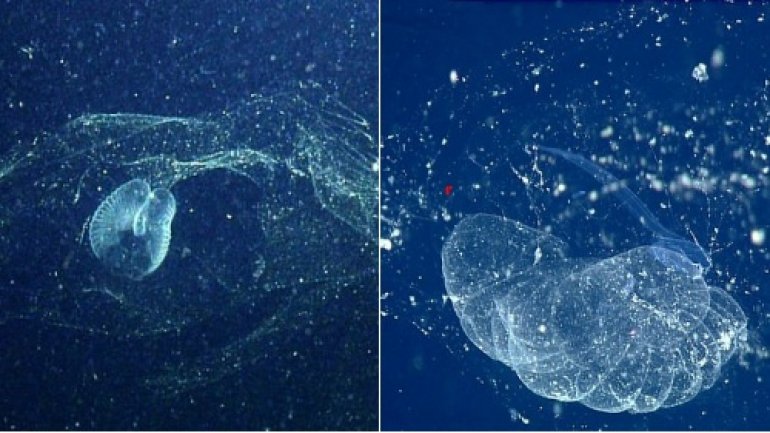 Scientists have confirmed the finding of a strange, elusive creature that hasn't been conclusively seen since it was first described in 1900, according to National Geographic.

The mysterious, blob-like animal was collected by a remotely operated vehicle deep in California's Monterey Bay by scientists at the Monterey Bay Aquarium Research Institute. The translucent, tadpole-shaped creature itself is about three and a half inches long.

However, the animal was surrounded by a "house" of protein and cellulose that was several feet across. A type of larvacean, the creature produces these disposable houses to trap tiny food particles in the water and filter them inward. When the house's filters get clogged, the animal discards it and forms a new one, sometimes in a matter of hours.

And although three and a half inches might sound small, it's actually giant for this type of animal. The sea squirt relatives are normally less than half an inch long, yet they play an important role in the ocean by transporting nutrients down into the deep sea (especially as they dispose of their spent houses).

Scientists have now confirmed that the creature is a second sighting of the species Bathochordaeus charon, named for the mythical Greek ferryman who was thought to transport souls of the dead across the River Styx. The first sighting of the animal was described in a 1900 paper and was based on a specimen found in the 1890s.