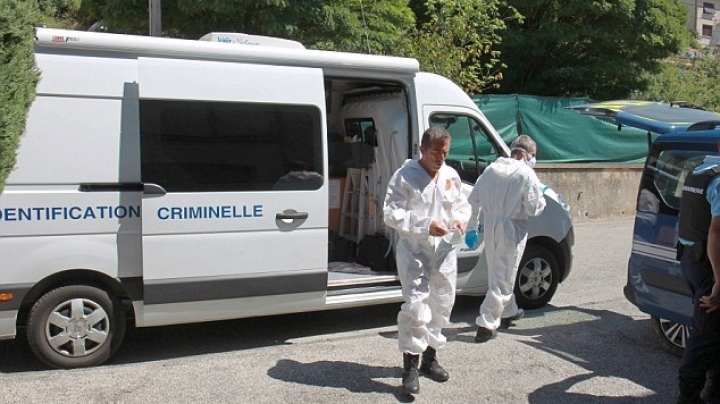 A mother and her three daughters were stabbed while on holiday in France because the attacker was enraged by the father grabbing his crotch, reports Daily Mail.

Mohamed Boufarkouch attacked the woman and her three daughters, aged eight, 12, and 14, in the village of Garde-Colombe near Laragne-Monteglin, in south-east France, at around 10.30am on Tuesday.

He told a court he approached the father  and said: ‘You shouldn’t have done that in front of my wife’, referring to the victims' father scratching the inside of his thigh over his shorts.

The victim's father said he does not remember doing such a gesture, according to The Sun, and added it was 'hard to comprehend that such a gesture could have sparked such a serious attack from a person in full mental health or devoid of any ideological intent'.

The attacker, named locally as Moroccan-born Mohamed Boufarkouch, was later arrested on suspicion of attempted murder and remains in police custody.

He allegedly shouted 'Allahu Akbar', meaning 'God is great', three times while being questioned by police.

Local reports initially suggested the Boufarkouch attacked the victims because they were 'scantily dressed'.

The victims are believed to have been wearing shorts and t-shirts at the time.

It is also understood that the victims were known to the attacker and his family as they were staying next door to each other in the holiday camp.

The victims, who have not been named, were attacked while eating breakfast.

Local mayor Edmond Francou, told Le Parisien that the attacker was on holiday with his own family, including two children, from their home in Yvelines, near Paris.

At a press conference Tuesday, the prosecutor said there was no motive.

However local reports suggest the attacker had made references about the woman and children being 'too lightly dressed'.

Jean-Marc Duprat, a deputy mayor for the nearby town, said ealier this week the attacker was upset because the victims were wearing shorts and t-shirts.

French TV channel TF1 said he 'may have acted out of religious motives'.

A small folding knife with a blade measuring from 8 to 10 centimeters was found at the scene.

Boufarkouch has been known to police for at least 15 years.

He reportedly fled after the attack, leaving behind his family and his wife 'in tears'.