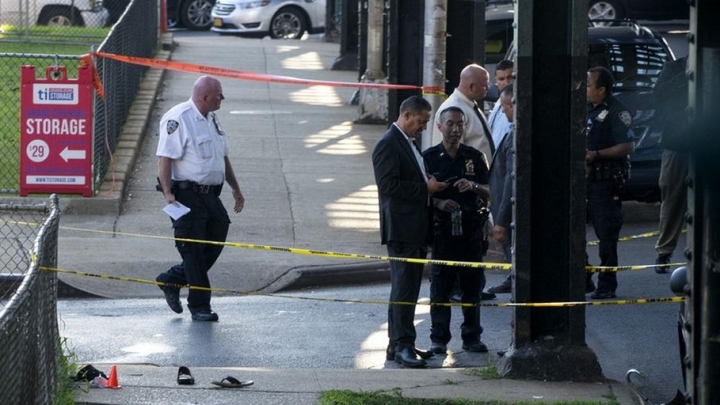 Imam Maulama Akonjee and his associate were shot in the back of the head on Saturday as they left the Al-Furqan Jame Masjid mosque in the New York City borough of Queens, police said.

Witnesses reported seeing a lone gunman flee the scene on foot. He remains at large.

Police said no motive had yet been established, adding there were no signs the men were attacked because they were Muslim.

"There's nothing in the preliminary investigation to indicate that they were targeted because of their faith," said Henry Sautner, deputy inspector with the New York Police Department.