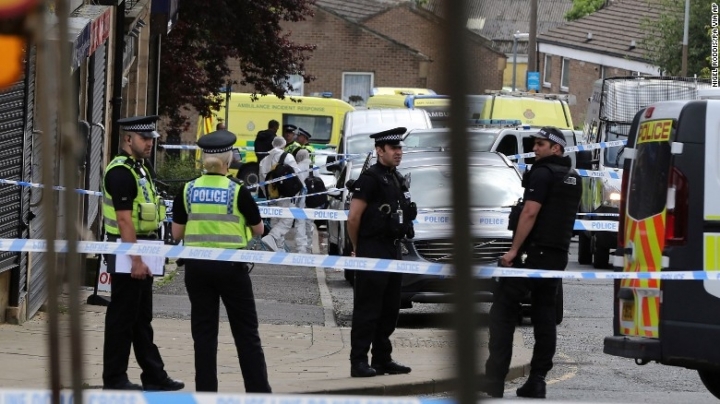 British politician Jo Cox died in a street attack on Thursday, a brazen and startling assault in a country where attacks on politicians are extremely rare and the slaying of a lawmaker is without parallel in recent history, reports CNN.

Described as a rising star of the opposition Labour Party, the 41-year-old is the first British lawmaker to be killed in office since Conservative MP Ian Gow was assassinated by the IRA in a 1990 car bombing.

Cox was shot and stabbed in Birstall, near Leeds in northern England, the Press Association news service reported, citing eyewitnesses. She died as a result of her injuries. She had just finished a regular public meeting with constituents and came out of the meeting on her own. British politicians at her level are rarely if ever accompanied a security detail.

Her colleagues took the news of the death hard. Alison McGovern, a Labour Party politician, praised Cox's influence and cited her role as a leading campaigner seeking a solution to the Syrian conflict.

Many constituents were dumbfounded and distraught over the death.

After the assault, a man was detained close to the scene of the attack, said Dee Collins, Temporary Chief Constable of West Yorkshire Police. Weapons, including a firearm, were recovered, she said.

The Press Association said West Yorkshire Police have detained Tommy Mair, 52, for questioning in connection to the shooting.

Police have not commented on the circumstances surrounding the attack and a motive wasn't immediately clear. But one witness, Clarke Rothwell, who runs a cafe near the crime scene, told the Press Association: "He was shouting 'Put Britain first.' He shouted it about two or three times. He said it before he shot her and after he shot her."

The gunman was wrestling with Cox "and then the gun went off twice," Abdallah told the Press Association. "I came and saw her bleeding on the floor."

Footage circulated of a man on the ground after being apprehended by uniformed police officers.

At 1:48 p.m. local time, less than an hour after the attack, Cox was pronounced dead by a doctor working with a paramedic crew. Police said no one else is being sought in relation to the attack. A 77-year-old man was assaulted after the attack on Cox, but his injuries were not life-threatening, Collins said. West Yorkshire police were seen searching Mair's home in Birstall on Thursday evening. A neighbor, who asked not to be identified, said Mair lived in the house being searched. Police had the house cordoned off and could be seen coming and going.

The neighbor said she was questioned by police and asked if she knew Mair, and whether she had any information about him. She said there did not seem anything wrong with him, that he seemed to like gardening and also tended to other neighbors' gardens. Mair, she said, lives alone and had lived in the house a long time. She didn't believe he had a regular job and she said she would see him around at odd hours.

The killing comes as the momentous and contentious public referendum on whether to stay or leave the European Union is just one week away, with passions running high and toxic political discourse elbowing out civil debate.

Parliament members have been the objects of public ire, accused of lying and making up their arguments on both sides of the debate. Cox, elected a member of Parliament for Batley and Spen in Yorkshire last year, was a supporter of Britain voting to remain in the European Union.

Before entering Parliament, Cox worked for aid agency Oxfam and for a pro-European campaign organization, according to her website.

In the wake of the attack, campaign groups on both sides of the debate on next week's referendum announced they were halting their operations Thursday. Britain First, a fringe nationalist political party that wants the nation to leave the European Union, issued a statement denying any connection to the attack in light of reports about the assailant's comments. The statement said the party "would never encourage behavior of this sort." The MP's husband, Brendan Cox, said her killing marked the "beginning of a new chapter in our lives."

Vigils were held in Birstall and in Parliament Square, London, as people gathered to pay tribute to the slain politician.

British Prime Minister David Cameron, who canceled a scheduled "Stronger In" pro-EU rally in Gibraltar on Thursday after the attack, described the killing as "dreadful, dreadful news." The attack bore some similarities to the 2011 shooting of a U.S. congresswoman. U.S. Rep. Gabby Giffords, then 40, was shot in the head at a "Congress on Your Corner" constituent event outside an Arizona grocery store. Giffords, the main target of gunman Jared Lee Loughner, survived, but six people were killed. Giffords was hospitalized in critical condition and spent months recovering.

She returned to the floor of the House of Representatives seven months after the attack. But in 2012, she announced her resignation to focus on her health and recovery. She continues to struggle with the effects of the shooting.
Today's shooting resonated for Giffords and she commented on it in a statement.
AFLĂ imediat Știrile Publika.MD. Intră pe Telegram