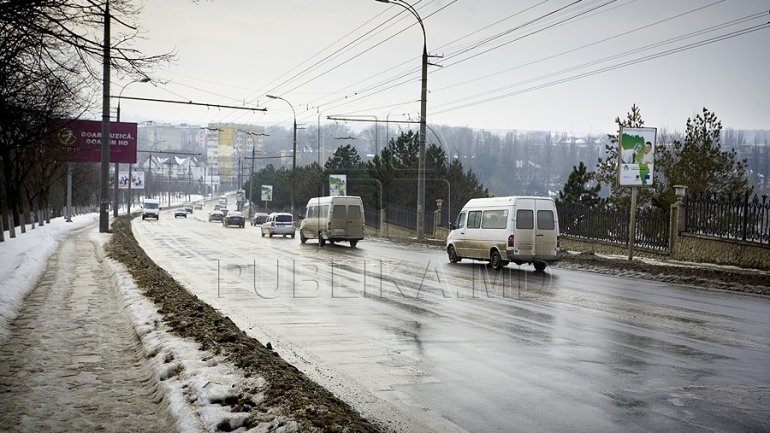 Workers have started to sprinkle anti skid material on capital roads after last night snow. Representatives of the State Road Administration announced that traffic on all national routes is carried out smoothly, and access to local roads is ensured.

Throughout the night, special trucks have  scattered over 250 tons of anti skid material on the streets of Chisinau.

"It's water and salt mixed together and also anti-skid material. See that the city is full of snow and we bunting slip material until the situation is normalized" ,  said the Head of "Exdrupo" company  Anatol Filimon.

16 workers were involved in the cleaning of the street of the Capital.

The Ministry of Transport and Roads Infrastructure announced that nearly 500 trucks and 80,000 tons of anti-skid material has been prepared for this winter.

For the first time, on the Chisinau-Orhei and Chisinau-Hincesti routes will be applied only salt.