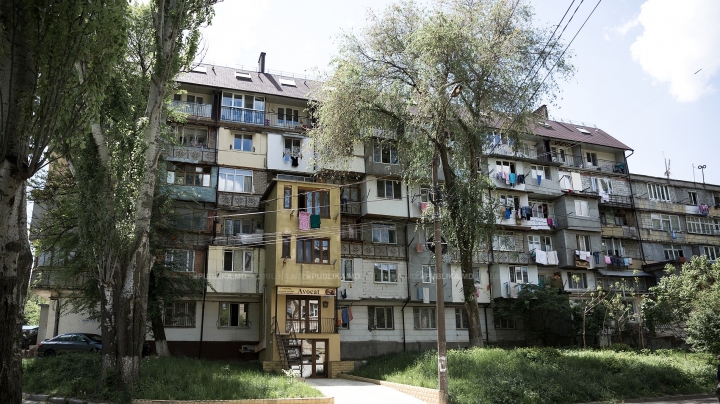 The roof of a building from Podul Inalt street in Ciocana district is in a pitiful state. The slates have not been changed since 1961.

The roof of over 400 square meters is full of holes, and during rains the apartments are flooded. The workers say that until the end of the year all the slates will be changed.

The 20 families which live in the building are waiting for the works to start. People are complaining that because of the humidity and mould they are getting ill and have to do renovations permanently.

The building that will be rehabilitated this year were chosen according to the complaints coming from people and sector chiefs. It was also taken into consideration the state of the building and the number of residents.

The Chisinau City Hall will spend money for the change of simple light bulbs with LED ones in over 200 buildings.

For these works will be spent approximately 8 million lei.

People are glad to save money for the electricity bills.

From this year’s budget, other 7 million lei were assigned for modernization works of elevators in approximately 20 buildings.