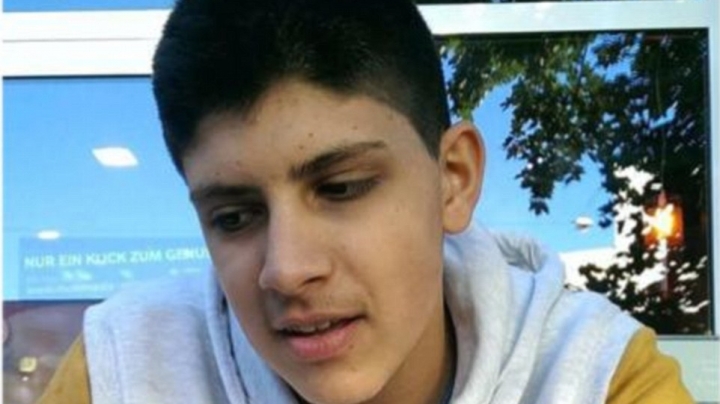 Munich maniac Ali Sonboly had 300 rounds of ammunition in his rucksack as he brutally murdered nine people during a bloody massacre, it emerged today.

The 18-year-old loner, who police today described as being 'deranged', waged terror in the city as he gunned down three women and six men.

Police raided his parents' flat overnight and discovered the Iranian-German was reading documents about 'spree shootings' before he carried out the attack.

Sonboly used a Glock 17 semi-automatic handgun to kill the victims - aged 13 to 45 - after starting his deadly rampage at a McDondal's restaurant in the city.

Officers also found he had the book, Amok in mind: Why students kill, in his bag when he carried out the attack.

Sonboly, who claimed he was bullied at school, did not have a licence for the weapon he used - which is a popular firearm used by law enforcement agencies worldwide.

And during a press conference today, the Munich police chief confirmed left-handed Sonboly - whose father works as a taxi driver - had no links to ISIS.

He described him as a 'classical shooter without any political motivation' and added that he committed suicide as he was not shot by police.

It also emerged today that the teenager received 'psychological treatment' and was interested in mass shootings after files were found at his parents' home, which was two miles from the scene.

He also filed the serial number from the gun and police officers who raided his parents' apartment also found the killer had several first-person shooter games on his computer.

Police are also probing claims which the teenager - whose mother works in department store Karstadt - lured some of his young victims to their deaths with a promise of free McDonald's food.