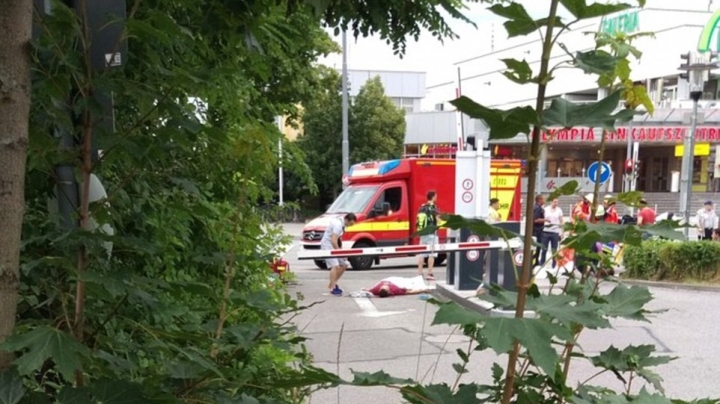 An 18-year-old German-Iranian man who complained he had been bullied killed nine people then himself during a gun rampage through Munich yesterday, with police probing claims he lured some of his young victims to their deaths with a promise of free McDonald's food, reports Daily Mail.

A fake Facebook page reportedly told youngsters to gather in a specific fast food restaurant yesterday afternoon for the special offer. At around 5:50pm, the black-clad shooter burst from the restaurant's toilets and began 'killing the children' with a pistol, witnesses said. He then continued his bloody spree in a local shopping centre and on the streets around Munich's Olympic quarter.

A number of 'adolescents' were among the dead and several 'children' were injured, Munich Police President Hubertus Andrae said late last night. Asked whether the Facebook 'game' was linked to the attack, he replied it was 'one part of the comprehensive investigation we are conducting'.

He confirmed the attacker had dual nationality and had lived in Germany for some time - at least two years, possibly much longer. Last night German commandos raided the home the attacker shared with his parents in the suburb of Maxvorstadt. Locals described him as a 'quiet guy'.

The attack paralysed the southern German city, bringing renewed fears of terrorism to mainland Europe just a week after the Nice atrocity. A total lockdown of the area was only lifted early today when police confirmed the gunman was acting alone and had killed himself in a side street nearby and gave a 'cautious all-clear'.

The motive for the attack, which was captured in numerous dramatic videos, remained unclear this morning, however police were investigating footage posted online which showed the gunman talking of being 'bullied for seven years', raising fears it was a revenge attack on youngsters who had wronged him.

But just a week after another teenager attacker launched an ISIS-inspired axe attack on a German train, witnesses in McDonald's described hearing yesterday's attacker shouting 'Allahu Akbar', or 'God is Great', a cry used by Islamist terrorists during previous attacks.

Three people remain critically ill this morning following the attack, with 16 others receiving medical treatment. In total, 21 people were hurt.

The outrage began in a busy branch of McDonald's opposite Munich's Olympia shopping mall, in the city's northern Moosach district.