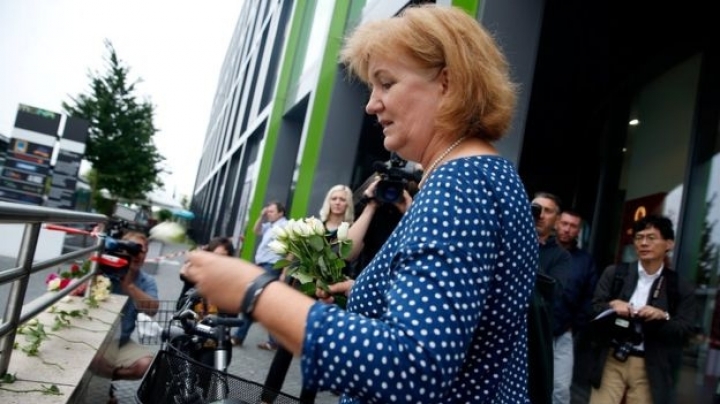 The gunman who killed nine people in Munich was obsessed with mass shootings and had an obvious link to Norwegian mass murderer Anders Behring Breivik, German police say.

The gunman, who later killed himself, had a 9mm Glock pistol and 300 bullets.

Police are investigating whether he may have lured his victims through a Facebook invitation to a restaurant.

He is suspected of using a fake account under a girl's name to invite people to the McDonald's restaurant where he launched his attack.

Seven of the dead were teenagers. Three victims were from Kosovo, three from Turkey and one from Greece.

Police say the gunman had been in psychiatric care, receiving treatment for depression.

Flags are to be flown at half-mast across Germany in mourning and Chancellor Angela Merkel is chairing a meeting of the national security council.

People could be seen laying flowers and lighting candles outside the mall on Saturday.