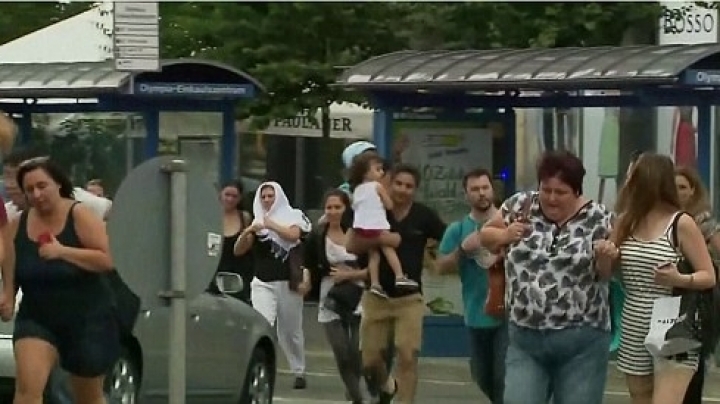 The shootings in a Munich shopping centre come five years to the day that far-right activist Anders Breivik murdered 77 people on an island in Norway, reports Daily Mail.

At least five people have died after a gunman opened fire at Munich Olympia Shopping Centre, in the district of Moosach, and police have put the city on lockdown advising people to stay indoors.

On July 22 2011 Anders Behring Breivik exploded a car bomb in Oslo that killed eight people before driving to the island of Utoya where he gunned down 69 people — mostly teenagers — at a youth summer camp.

Norway paid an emotional tribute today to those who died  with church services and other events marking what the prime minister called 'one of the darkest days in Norwegian history.'

Prime Minister Erna Solberg, Crown Prince Haakon and Crown Princess Mette-Marit laid wreaths at the government offices in the Norwegian capital, Oslo, whereLater they attended a memorial service at Oslo Cathedral, which also included victims' families, friends and representatives of a left-wing youth group that hosted the camp on Utoya.

'We still see traces of the terrorist acts. The missed ones will always be there. Time does not heal all wounds,' Solberg said at the memorial ceremony, where the names of all those killed were read out. 'The biggest impact is felt inside us as human beings.'

In 2012, Breivik was convicted of mass murder and terrorism and given a 21-year prison sentence that can be extended for as long as he's deemed dangerous to society. Legal experts say he will likely be locked up for life.

His attacks traumatized the nation of 5 million, where an estimated one in four people were affected through connections with family, friends or acquaintances of the victims.