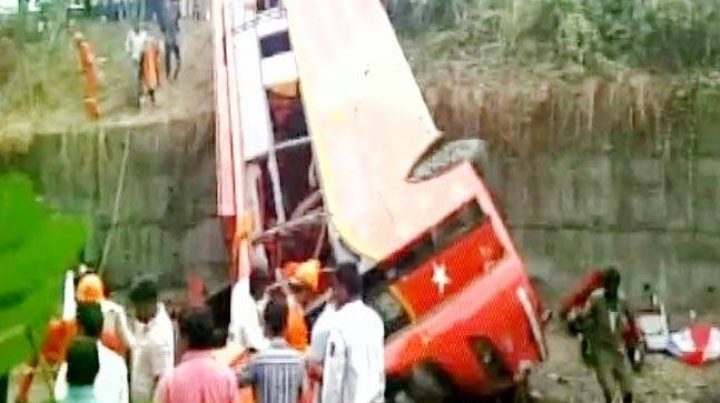 At least 17 people died and more than 30 got injured after a bus crashed into two cars before toppling down into a 6-meter deep ditch on Mumbai-Pune expressway, says India Today.

The mishap took place at around 5.30 am, said Navi Mumbai police.

Among the victims are seven women and one child.

According to the reports an Innova car had stopped to help the driver of a Swift car to change a punctured tyre. The bus collided with both the cars.

The injured are said to be critical and are admitted in the nearby MGM hospital.