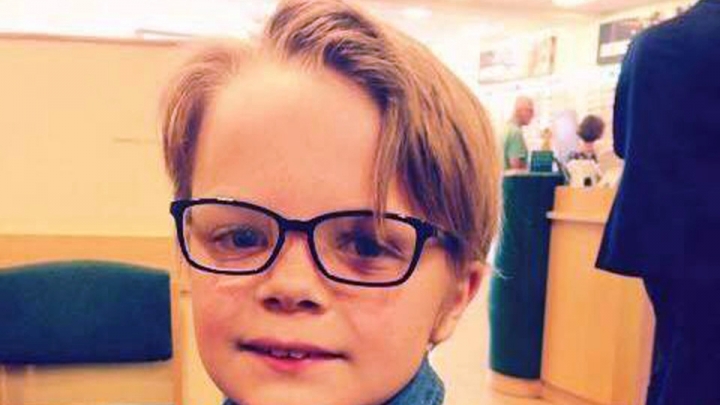 A BOY of ten is feared to have died from the "choking game" internet craze that has already claimed the life of another youngster, reports The Sun.

Alfie Hyett collapsed in his ­bedroom from a rare condition that stops the heart and kills in less than two minutes.

Grieving mum Louise Hembrow, 43, who found him hanged, believes he had been playing the choking game.

She has issued a warning to parents about the craze in which participants restrict oxygen flow to the brain to create a temporary euphoria.

Those taking part film themselves and post videos online.

It is also known as "the good boys' game" because it does not involve booze or drugs.

Louise, from Hereford, told of Alfie’s death after The Sun revealed Karnel Haughton, 12, died playing the game earlier this month. He is thought to have lost ­consciousness and suffocated in his room in Birmingham.

Business manager Louise, who tried in vain to resuscitate her football-mad son, said: "We know the choking game was discussed at his school last year. I personally think he tried it without knowing the consequences and I think we need to raise awareness. The outcome of this stupid game is death. It tears families apart. It breaks hearts. It has broken our world.”"

Louise added: "My boy was gorgeous. He still held my hand and called me Mummy but he was the coolest kid in school and the most popular. He had no knowledge of what he was doing."

Alfie died in March from vagal inhibition, the opening of the inquest into his death was told. It causes the heart to stop and can be caused by pressure on the neck. Police said his death was not suspicious.